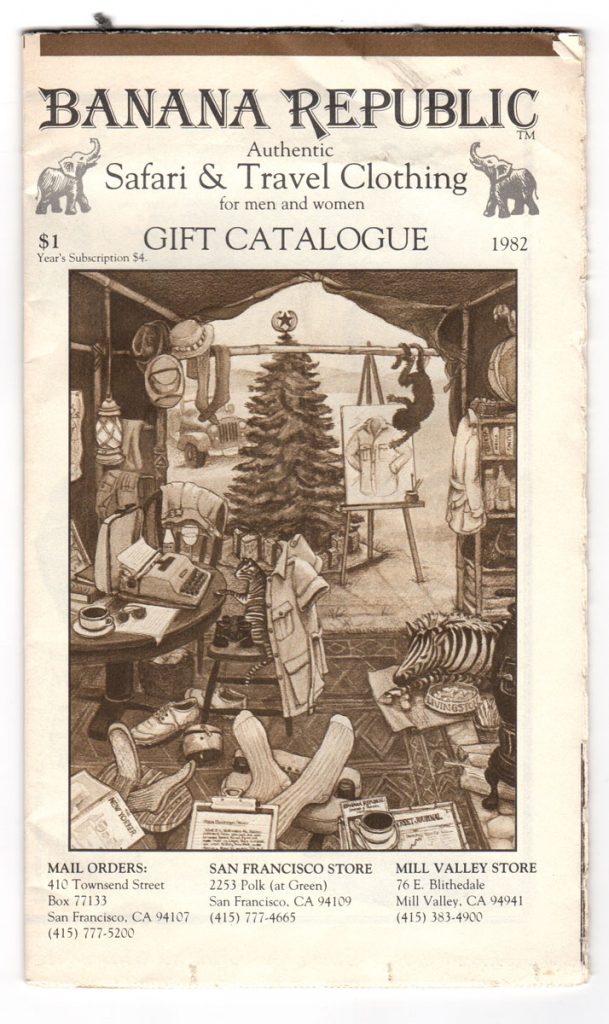 This is a rare treat. Mike Madrid generously sent me a copy of this catalog for the archive. I knew it would be duotone printed on newsprint paper, but I was really surprised that it was not trimmed like a standard BR catalog; it’s a printer’s sample that hadn’t been cut yet!

This is an update of Catalog #11, which is not scanned into the archive.

The cover of the 1982 Holiday update catalog is a pencil drawing by Patricia Ziegler (That would be colored for the 1984 Holiday Catalog and then re-imagined for the holiday 1986 Update). It’s a real masterpiece of the BR dream, a cozy domestic scene with the New Yorker, The Wall St. Journal, some wine by the typewriter, and Livingstone Zebra asleep at your feet along with a cat and an artistic monkey. The BR Xmas tree has been decorated. I wish they had sold that tree topper in the catalogs. I can totally picture a nice hand painted tin Star and Banana ornament… 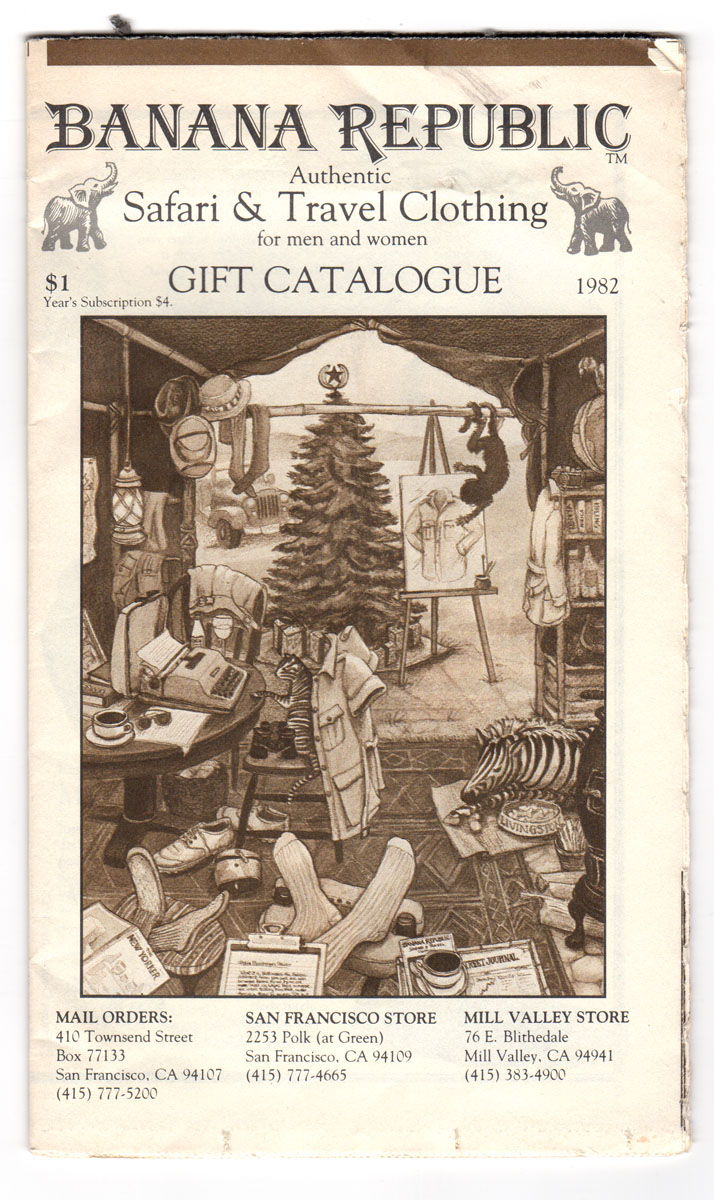 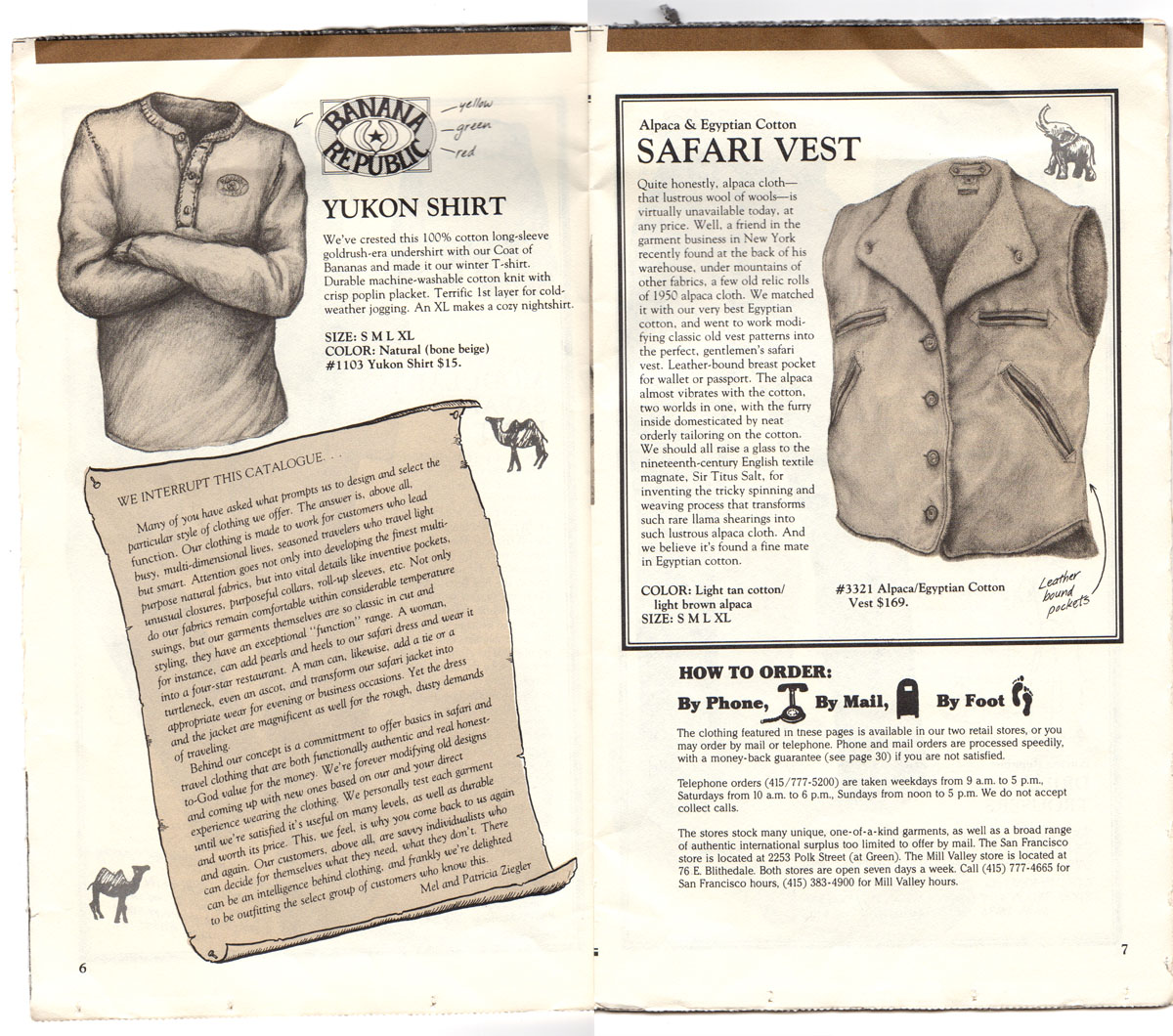 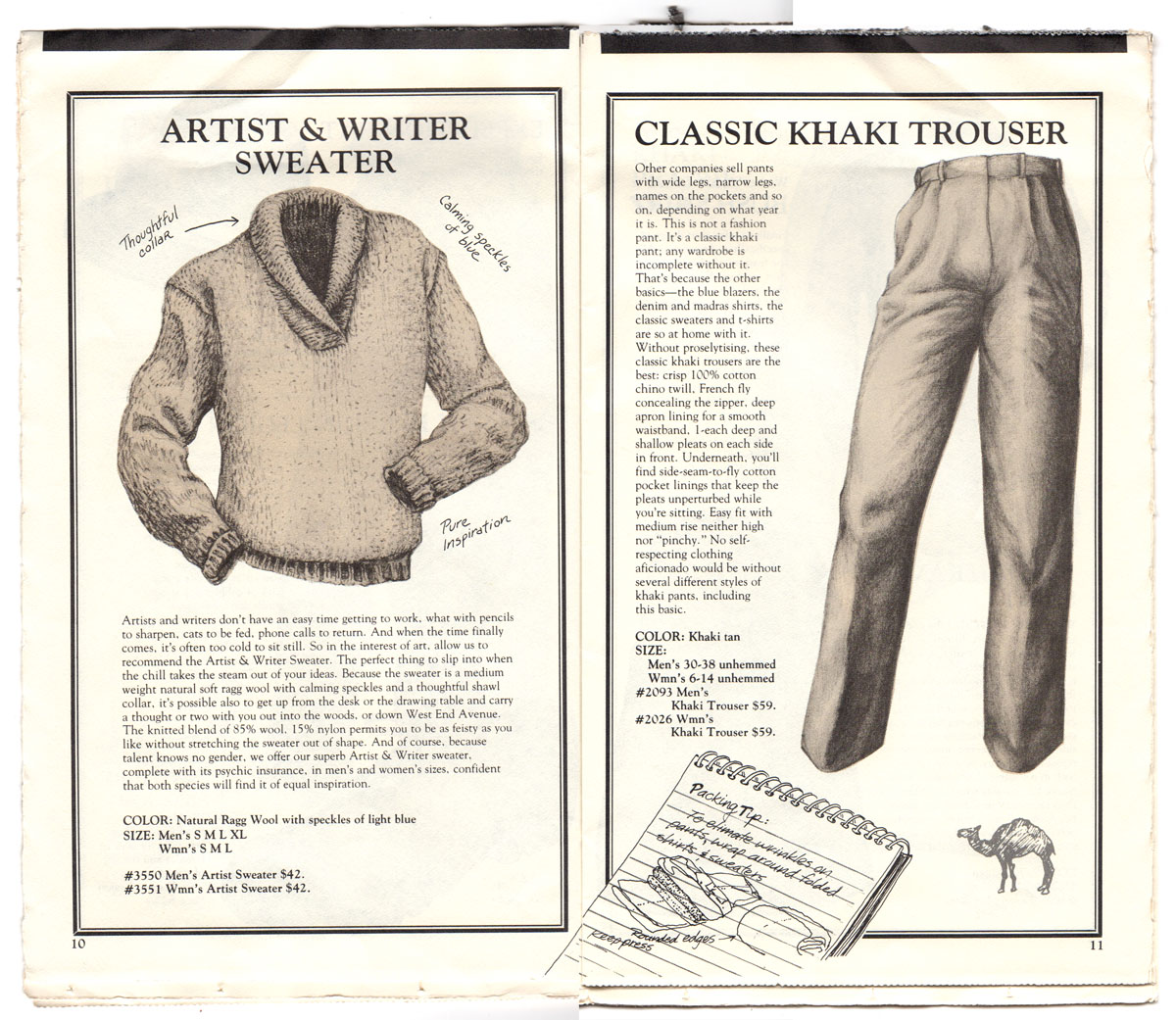 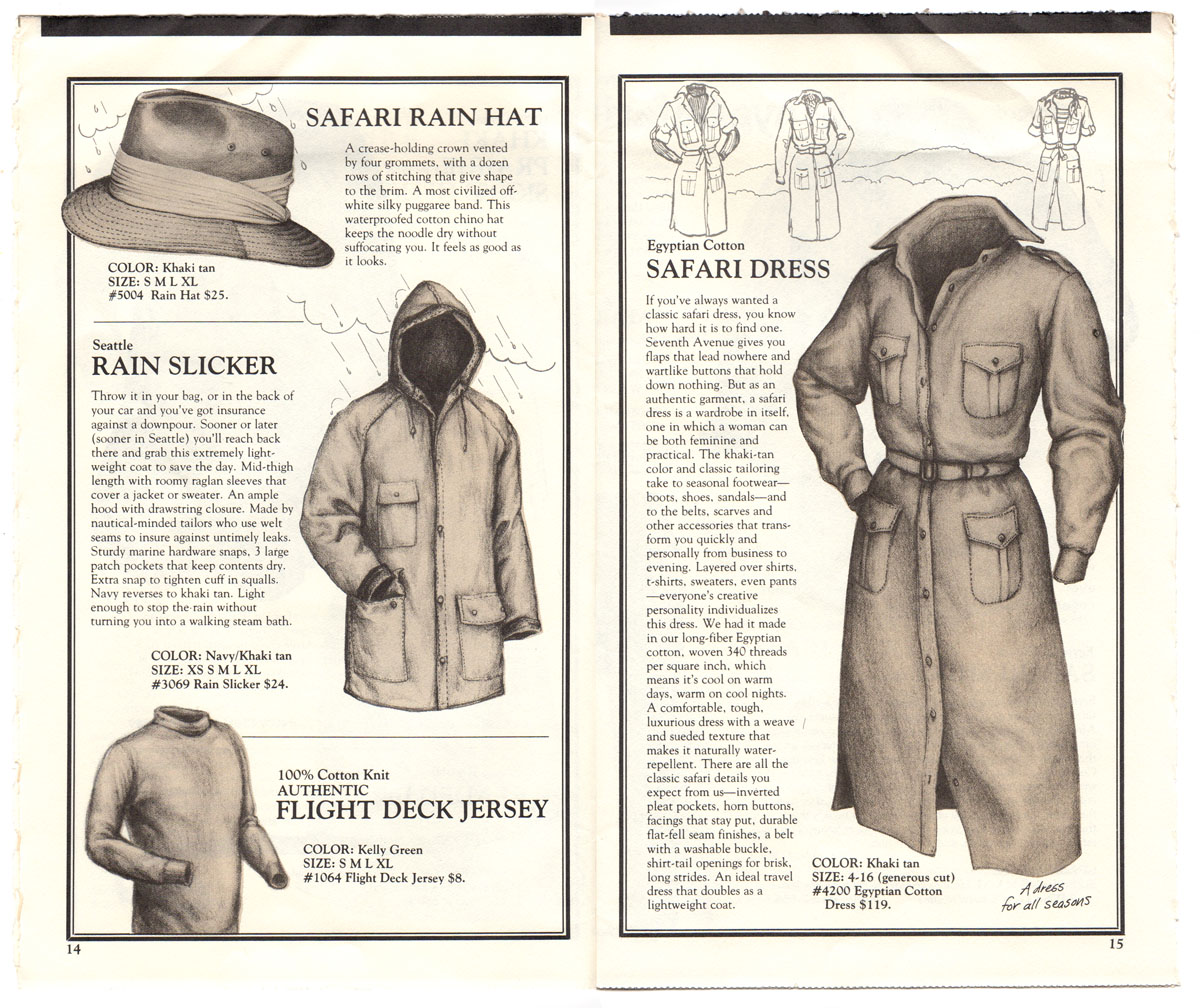 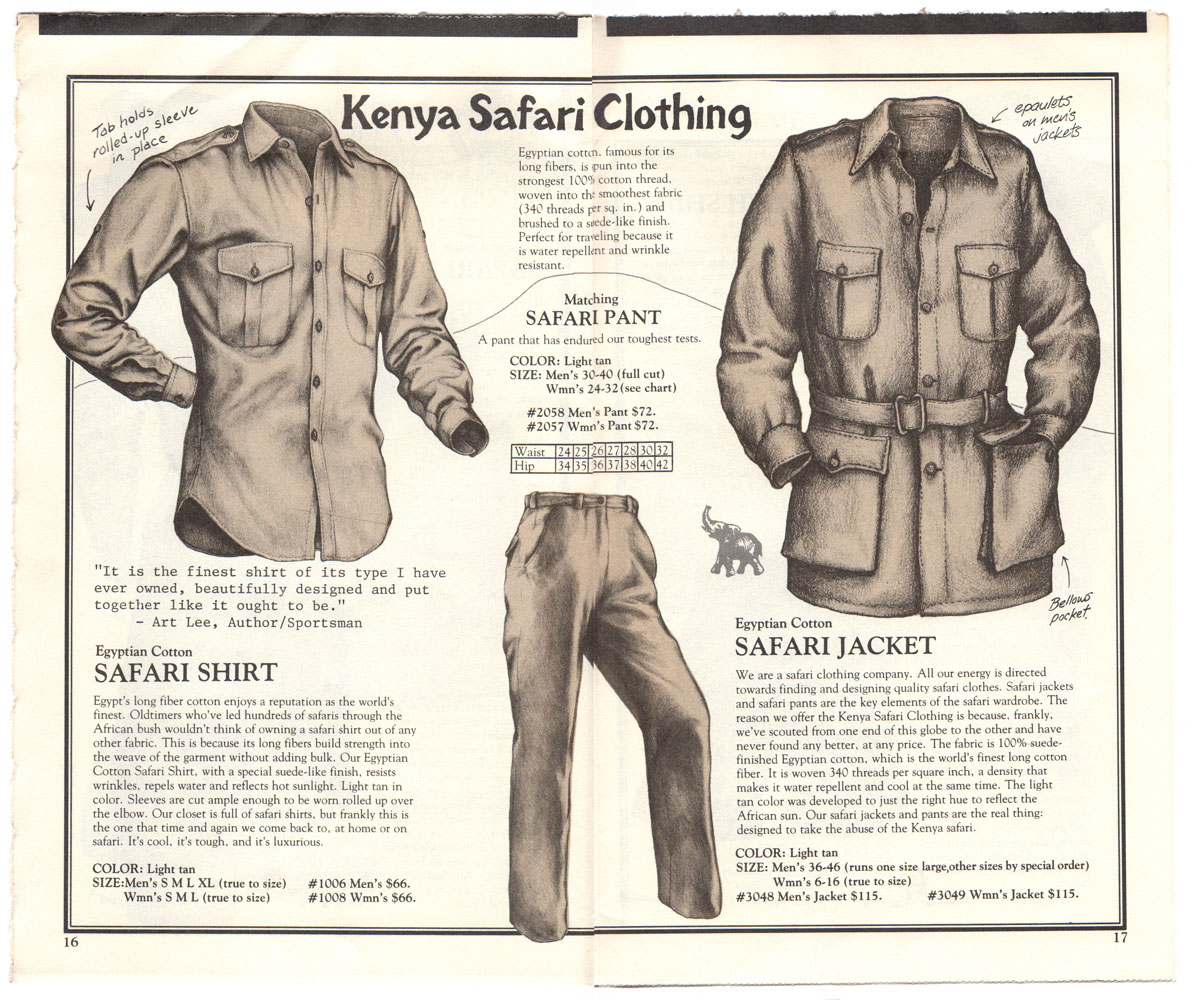