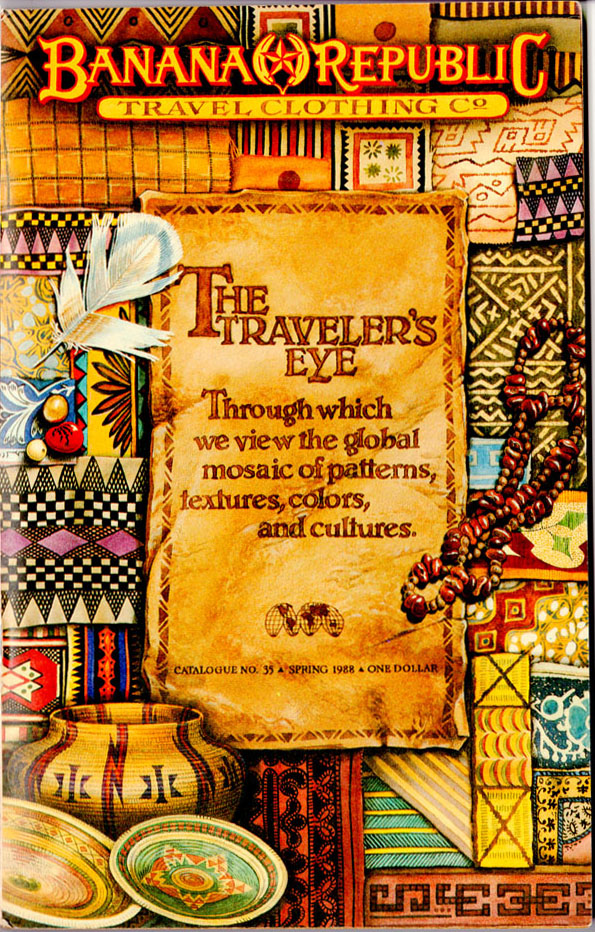 Here’s our first foray into the 1988 catalogs, the last year they were issued. The catalog is full of signs of change at Banana Republic. The masthead now says Travel Clothing Co. rather than Travel & Safari Clothing Co. That change was made in the Holiday 1987 catalog (not yet scanned). There are lots of new clothes inside, and it feels like the emphasis is on new clothes for women.

How far they’ve come since the 1983 catalogs. Virtually every piece of clothing is a full color illustration, the old technique of a color wash under a black and white drawing almost fully lost. There are even a couple of pieces like the Somalia skirt below that have the figure’s head and limbs sketched in, perhaps the only way to make sense of something like a head scarf and also making a striking pose possible. 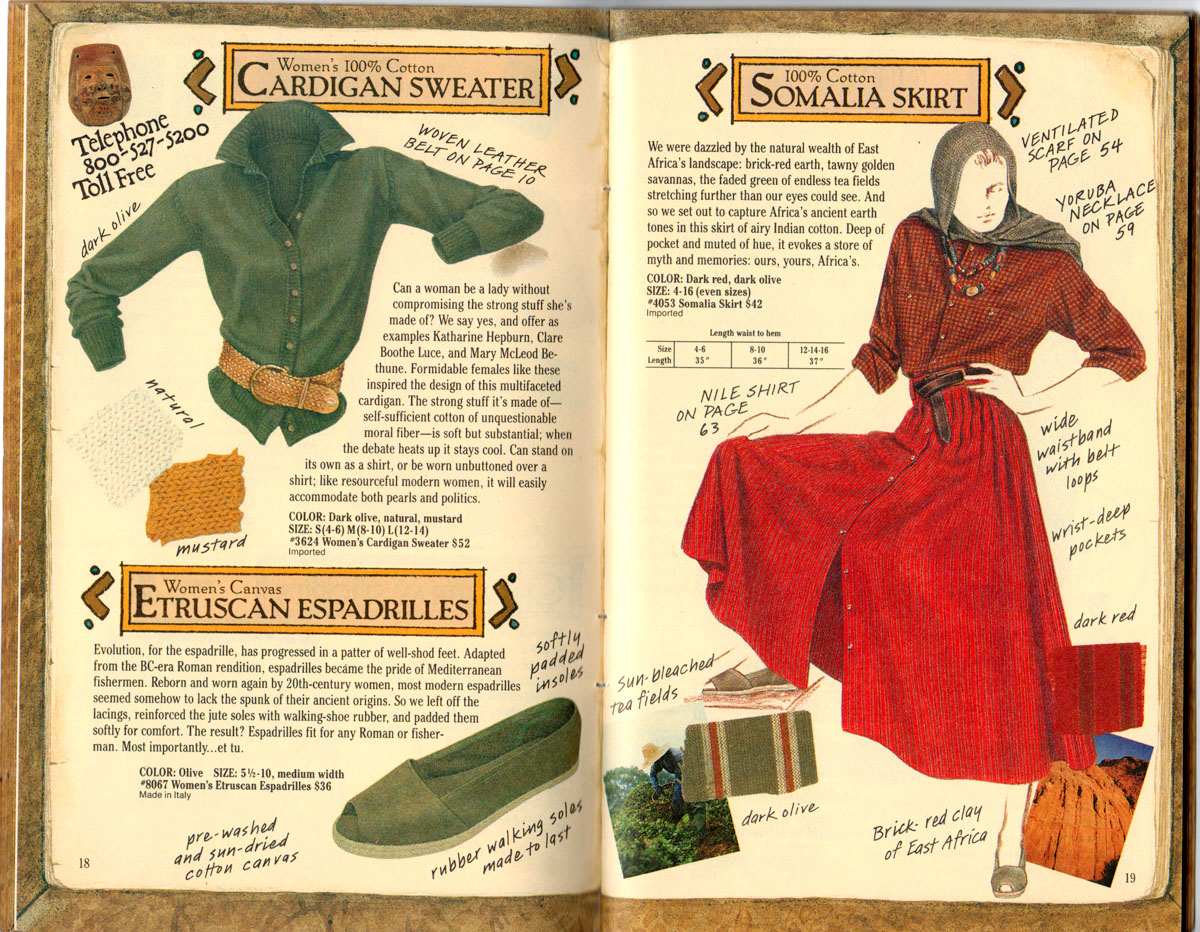 However, many of the old standards are still in evidence. This page is like a greatest hits from 1982–The Bush Vest, Bombay Shirt and Gurkha Shorts haven’t missed a catalog since BR was just one store in Mill Valley. 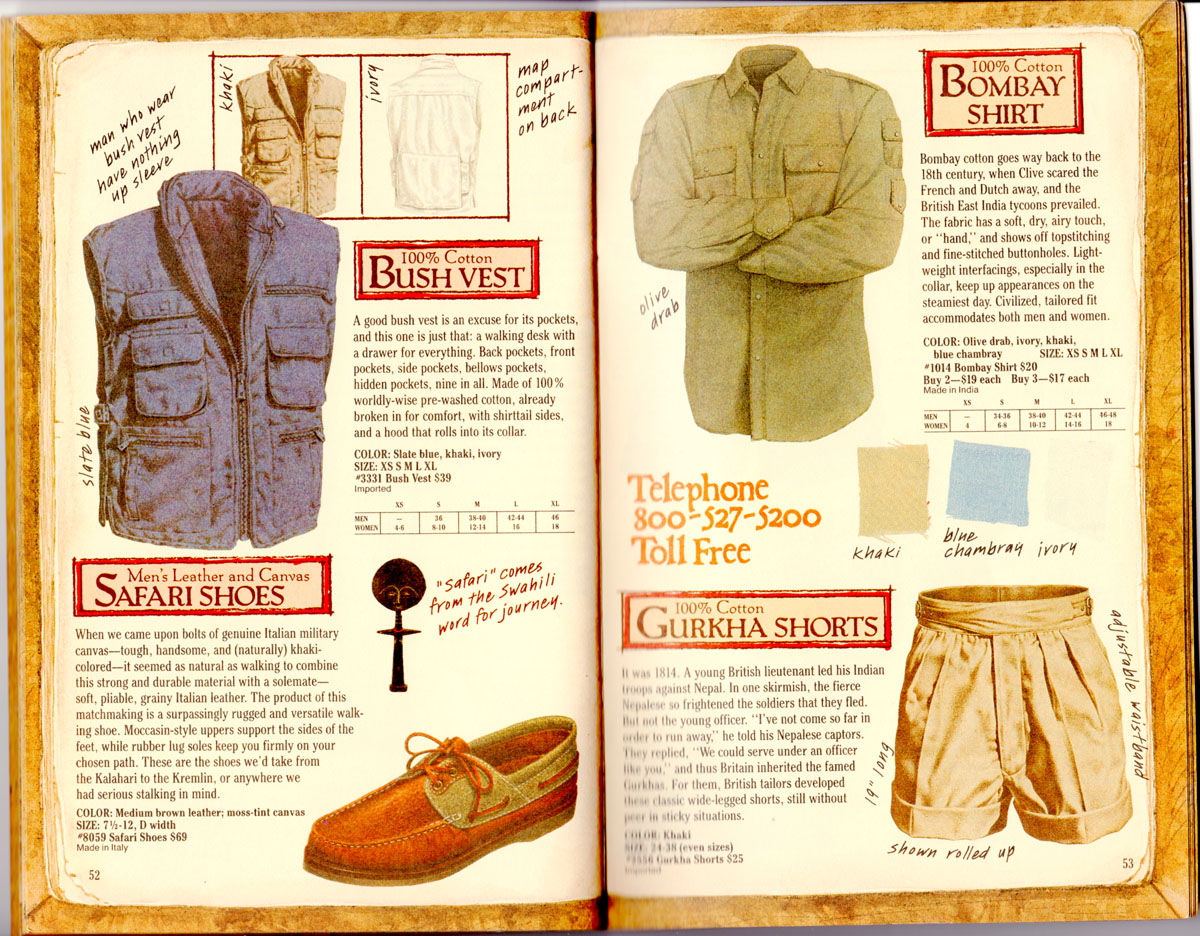 I do like the layout with the rough edged pages showing against a worn journal cover. This issue, The Traveller’s Eye, purports to have a lot of sketches from Patricia’s travel journals, and indeed there are numerous little sketches noting interesting aspects of some local costume discovered on their travels. 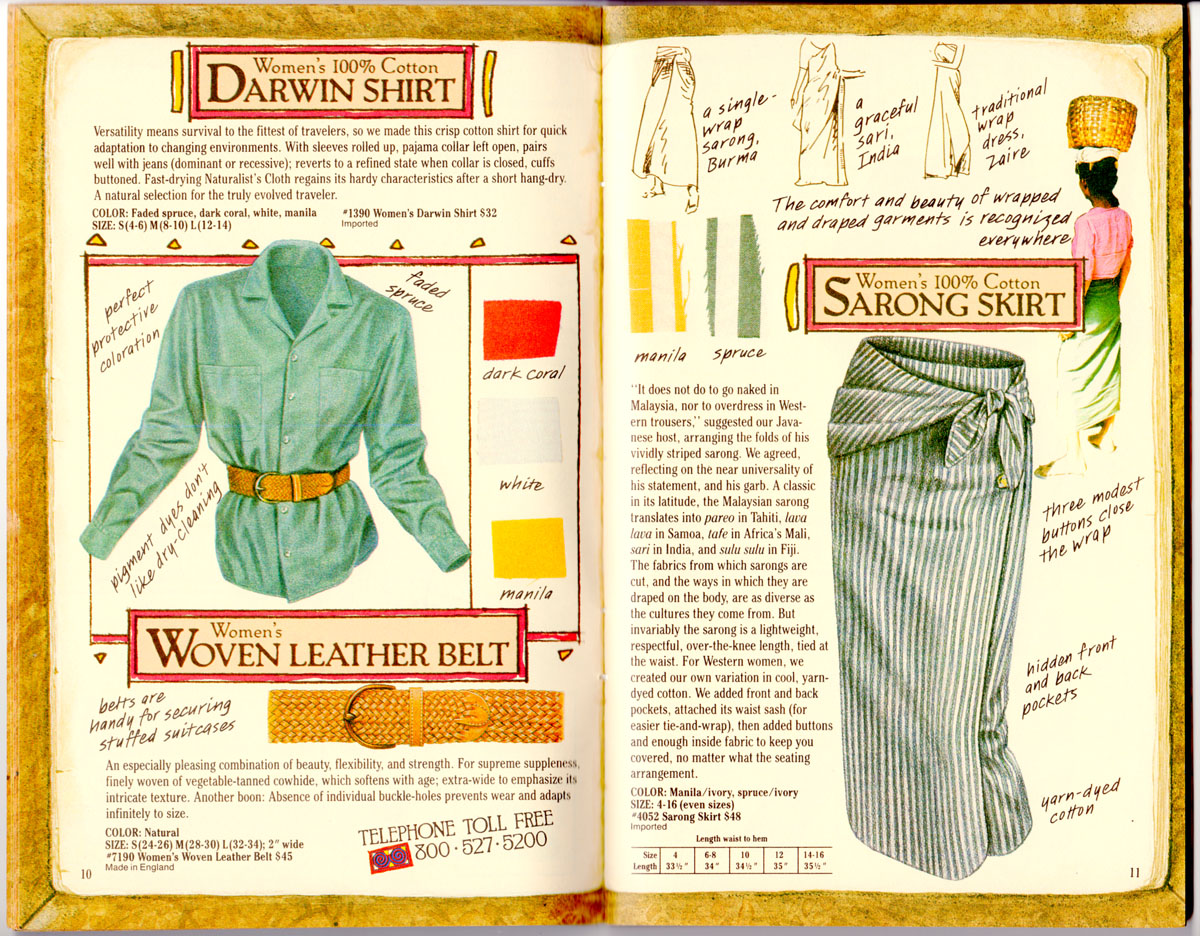 Also prominent are the advertisements for Trips, the upcoming travel magazine from BR and the Ziegler’s latest brainchild. More about that later, but it’s an ominous sign for fans of the classic Banana Republic catalog. The attempt to broaden BR by branching out into travel publishing will lead to the Ziegler’s departure in a few months and the catalog will be gone for good by the fall. 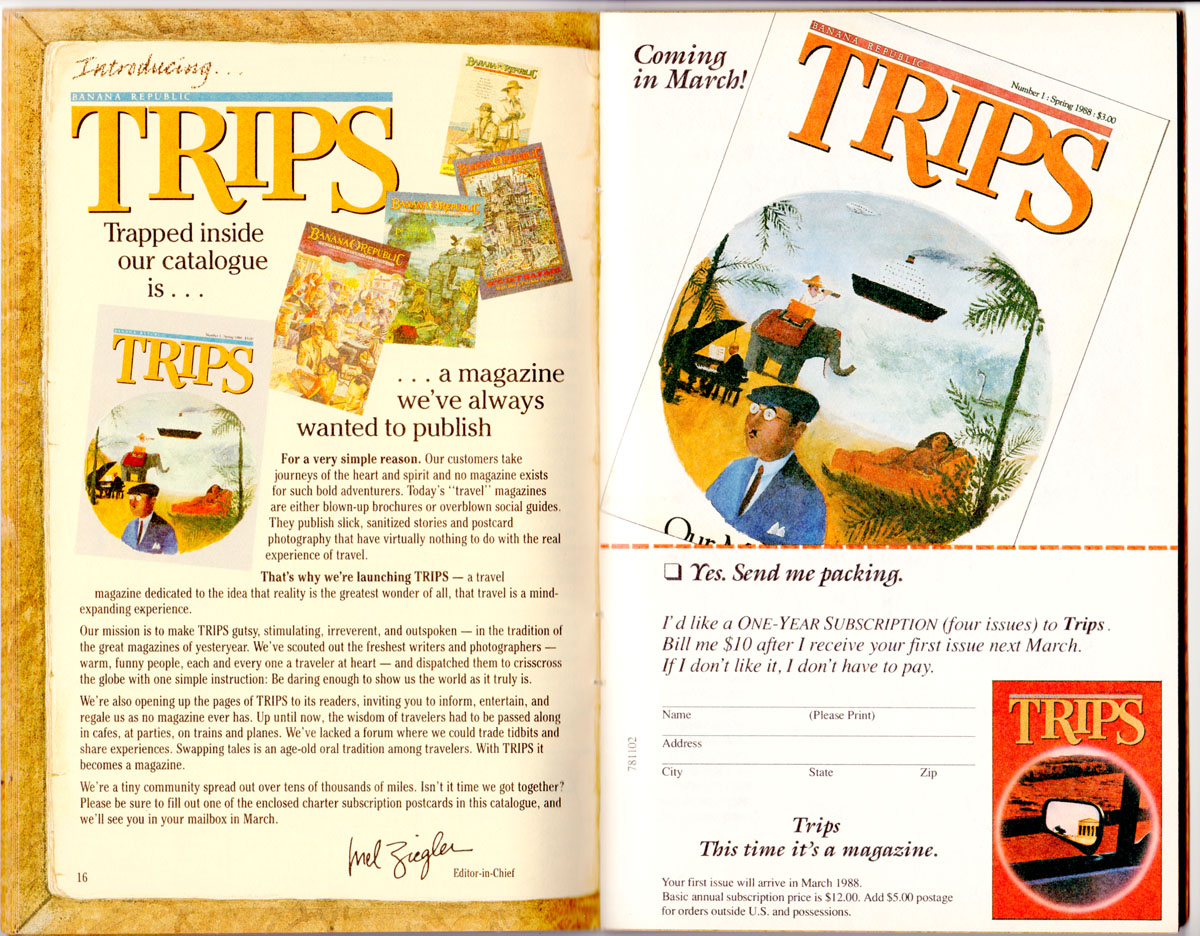 But not today! Today it’s still fresh and alive here in the Abandoned Republic and we are ready to go shopping. Enjoy!