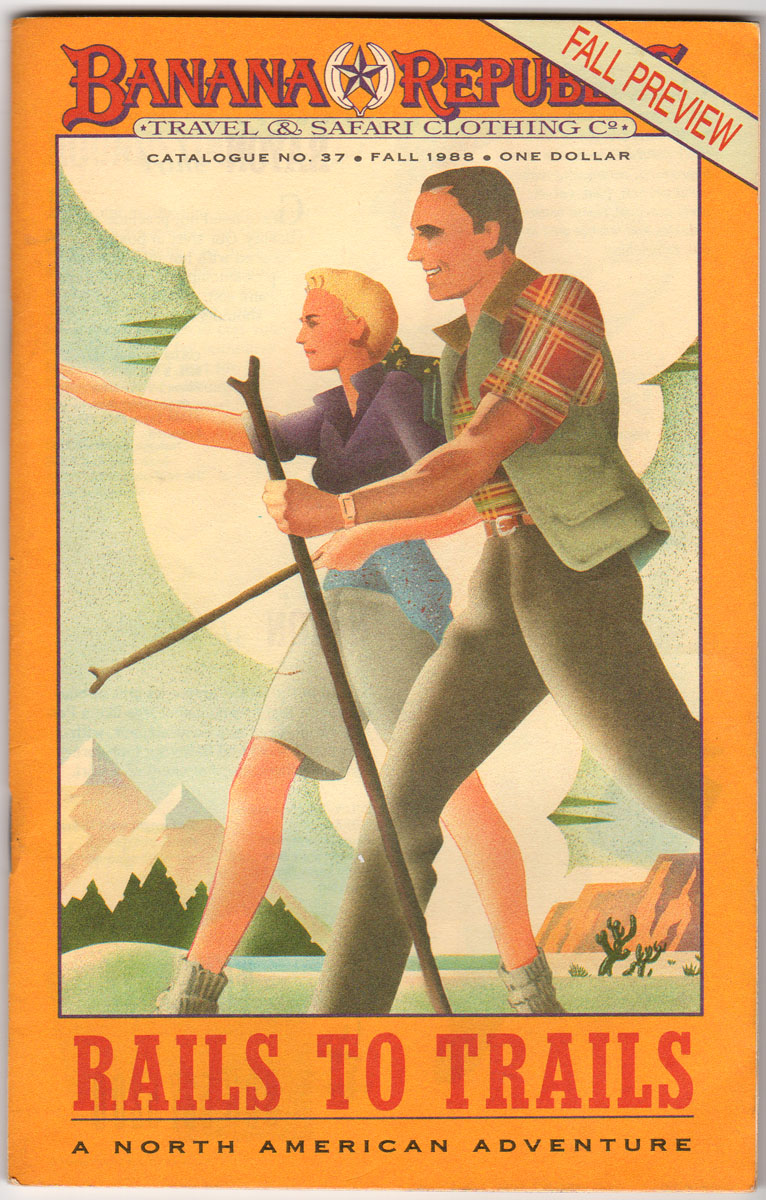 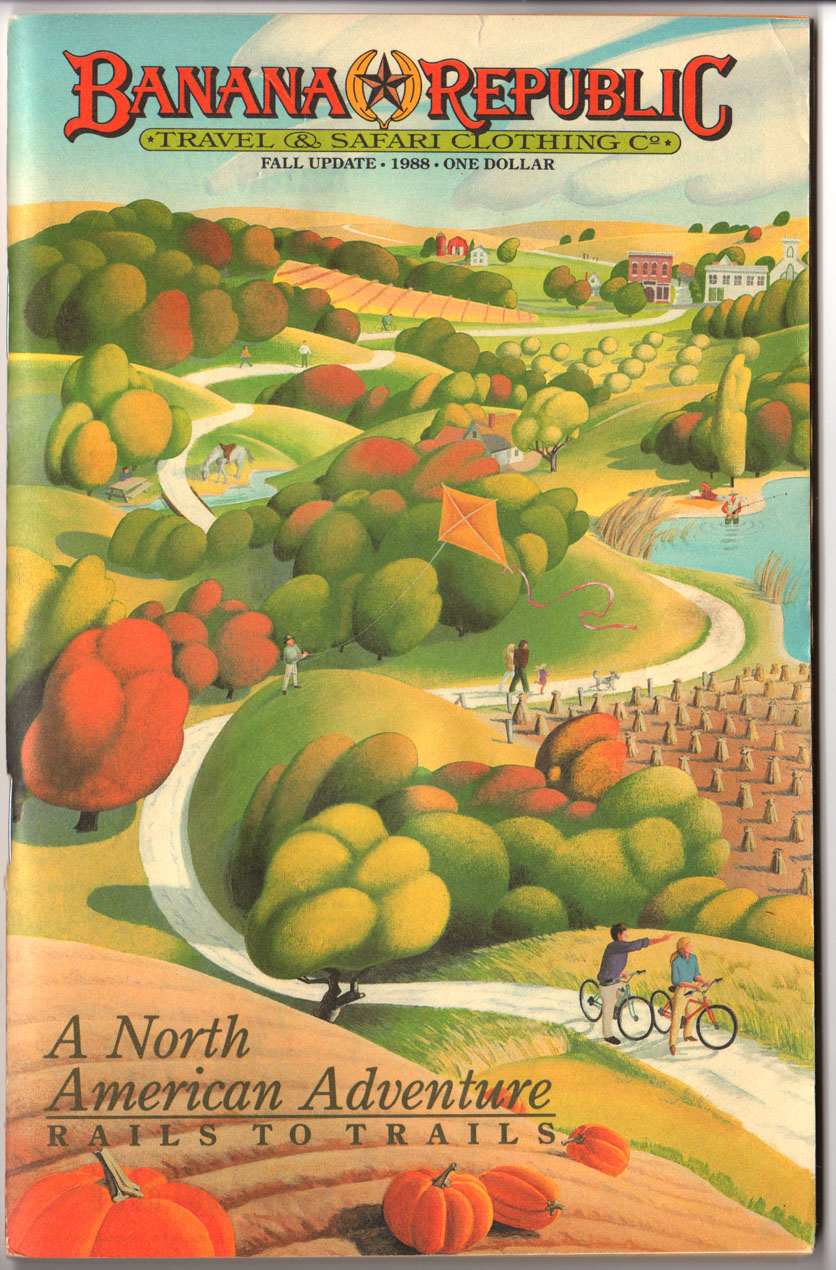 Fall 1988 was the last season for the Banana Republic catalog, and the update to  Catalog #38 would be the last Banana Republic catalog published. This is also the first catalog ever published with no mention of the founders of the company. Mel and Patricia Ziegler had resigned in the spring of 1988, this catalog went to press son after they left. The transformation of BR’s identity begins in this last catalog. Much of the clothing is new, and leans toward a Ralph Lauren-ish Americana look. Old favorites such as the Bush Hat and the Paratrooper briefcase are shown but are marked down in red, something we never saw before in the catalog.

Something else we’ve never seen is a catalog focused on North America. It’s not a bad idea to do an issue about hiking and biking trails in the U.S. (the Rails to Trails Conservancy is still in operation. The introduction states that they had been approached by the group the previous year, so this issue must have had some input from the Zieglers at least in the initial planning stages) but the contrast from the previous fall’s trip to Burma really makes it clear that BR is leaving the exotic and quirky behind it. The size and shape of the catalog may be familiar, but everything about Banana Republic is about to change.

There is no notice inside that this is the last catalog. When the holiday catalogs start filling mailboxes in 1988 Banana fans will be perplexed, bereft, and feeling….ABANDONED.