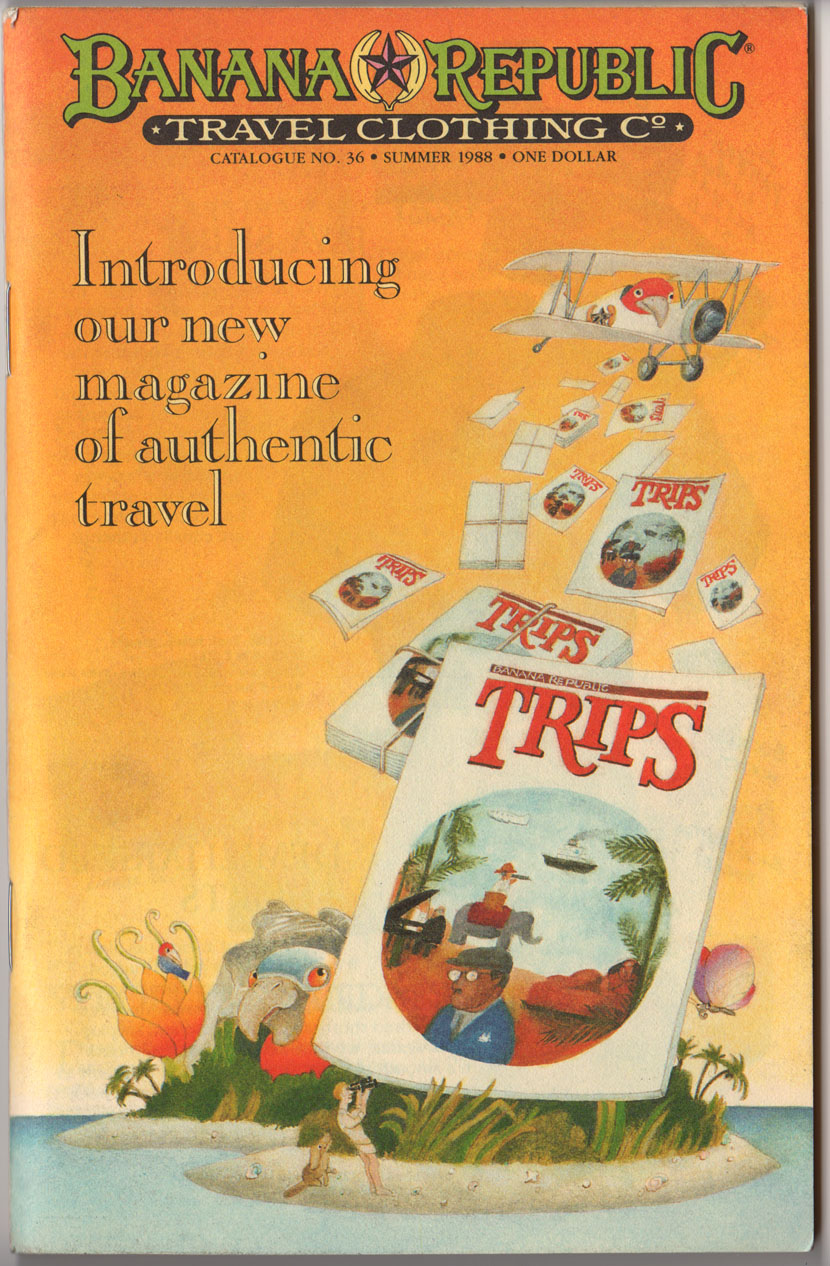 Here we come to the end of the Summer catalogs from Banana Republic, 1988’s No. 36. The catalog introduces Trips, the new travel magazine created by the Zieglers as a bold expansion of the Banana Republic world view.

As was reported in this March 1988 article in the LA Times, the new venture was both a vehicle to sell BR clothes with a 16 page photo advertorial inside and a platform to expand upon the  BR philosophy with articles by veteran journalists about unusual locales and off-beat attitudes about travel.

The Times article goes on to quote Mel: “We want to attract people to the store who don’t understand what Banana Republic is all about. The clothes have evolved from strictly safari wear. We’ve been both the beneficiary and the victim of the safari fashion rage.”

The following month (April 88) brought yet another article in the LA Times, but this one was announcing the departure of the Zieglers from Banana Republic, citing “fundamental creative and cultural differences”.

GAP “turnaround artist” Mickey Drexler had recently been named CEO and he was instituting big changes at BR, changing the focus from the safari theme.  Catalog sales were down as more and more customers shopped in BR’s 96 retail stores and sales in general were slowing. A new creative director came on board and change was coming.

The article mentions the expense of Trips as a contributing factor in the change. A later New York Times article said “Relations between the Zieglers and the Gap’s founder, Don Fisher, soured when the couple insisted on publishing a travel magazine and began selling travel books in their shops. (Mr. Fisher reportedly said that if he’d wanted to sell books, he’d have bought Rand McNally.)

Read more about this tumultuous time in the Ziegler’s inspiring memoir Wild Company!