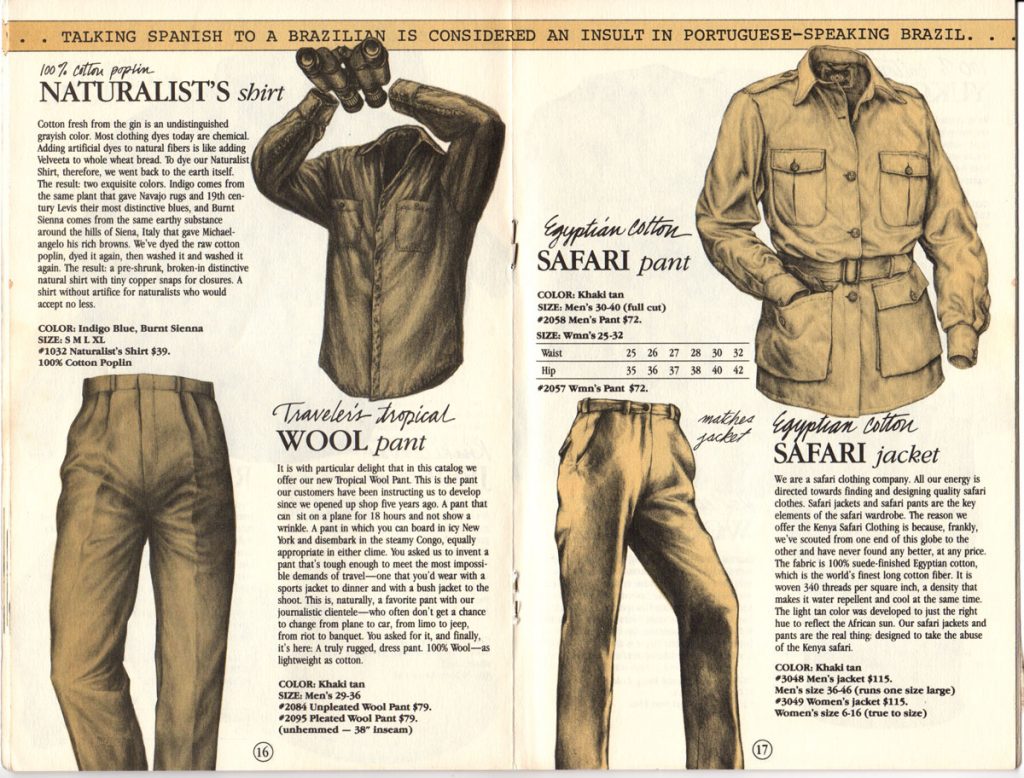 This gallery was made possible by former Banana Republic staff artist Kevin Sarkki who generously scanned his personal archive.  An interview with Kevin is coming soon.

The original Banana Republic catalog was printed as a duo-tone, an inexpensive two-color printing technique that fit the funky style of a surplus clothing company. The early catalogs were produced entirely by Mel and Patricia Ziegler, with Mel the journalist doing the writing and Patricia the newspaper illustrator handling the art. Sarkki was hired in 1982 and was their first staff artist. After the GAP bought BR in 1983 more artists would come on board and in Spring 1984 the catalog would move to full color printing and become the catalog most of us remember.

These early catalogs are quite rare as they did not have wide distribution. I had never seen them until now. They offer a unique look at the origins of Banana Republic as a surplus clothing company.