I asked Kevin Sarkki for the backstory on the 1985 Catalog Cover and provided him with a key to identify the people in the image. For more about Kevin check out the interview with him.

“The Holiday 1985 cover was perhaps the most collaborative cover. The logo/masthead featured Primo Angeli’s design punctuated by Patricia Zeigler’s “Banana Star” emblem. By this time Terry Stelling was acting as the department design director. He approached me with the concept, that I believe was the wish of Patricia, to bring together many of the main office employees, famous artists and writers, in an adventuresome scene depicting the historical British empire. I photographed some colleagues, and other pics were provided (hence the unknown #10). A collage was created with these and Victorian clip art. Then a repro house copied the collage onto a paper which I tinted using watercolors. Terry worked with graphic designers and writers to get the type design and message just right.” 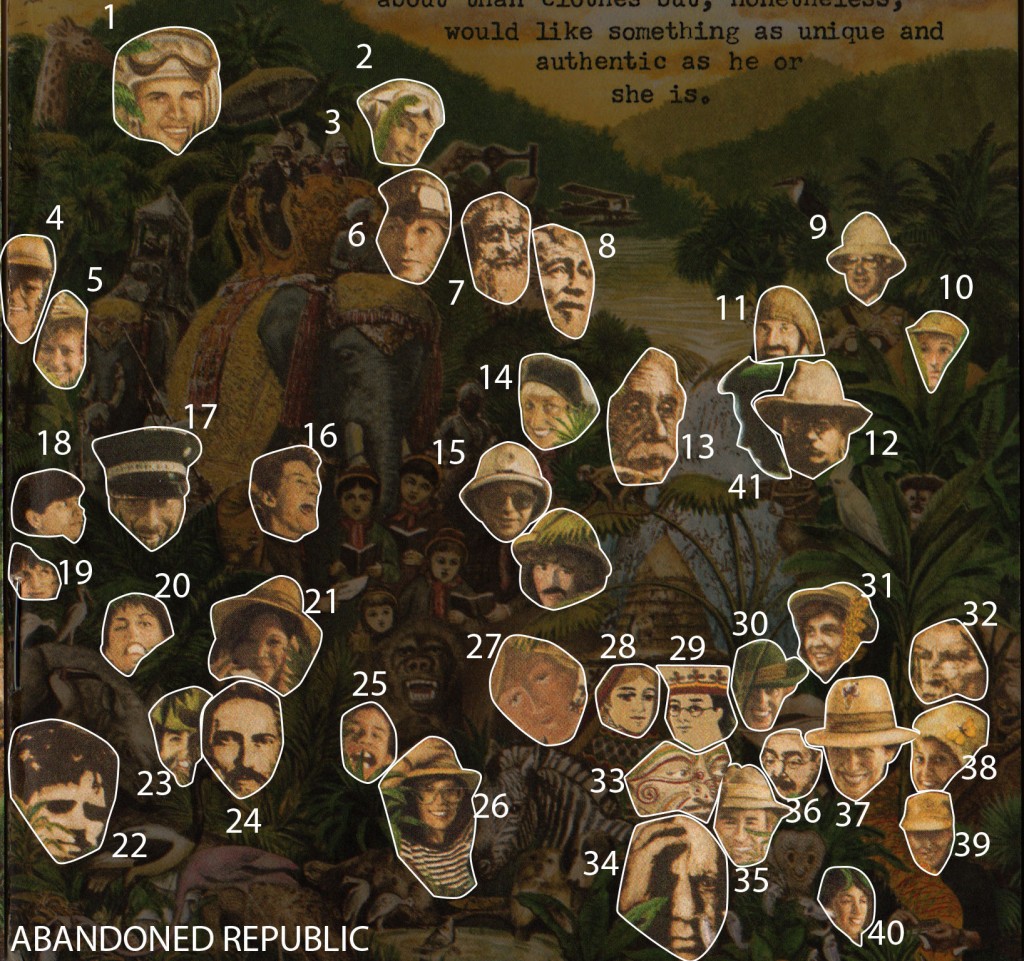 * unknown, though she may have been a member of the Fisher family as she was positioned near Don and Bob.
If your site gets a large following it may be fun put a call out to all visitors to help find the identity of this person.

** I was nearing the end of my tenure at BR so I chose not to place my image on this cover, instead, I created a
female image, think of her as my anima (Jungian concept) with stylings inspired by Italian painter Amedeo Modigliani.