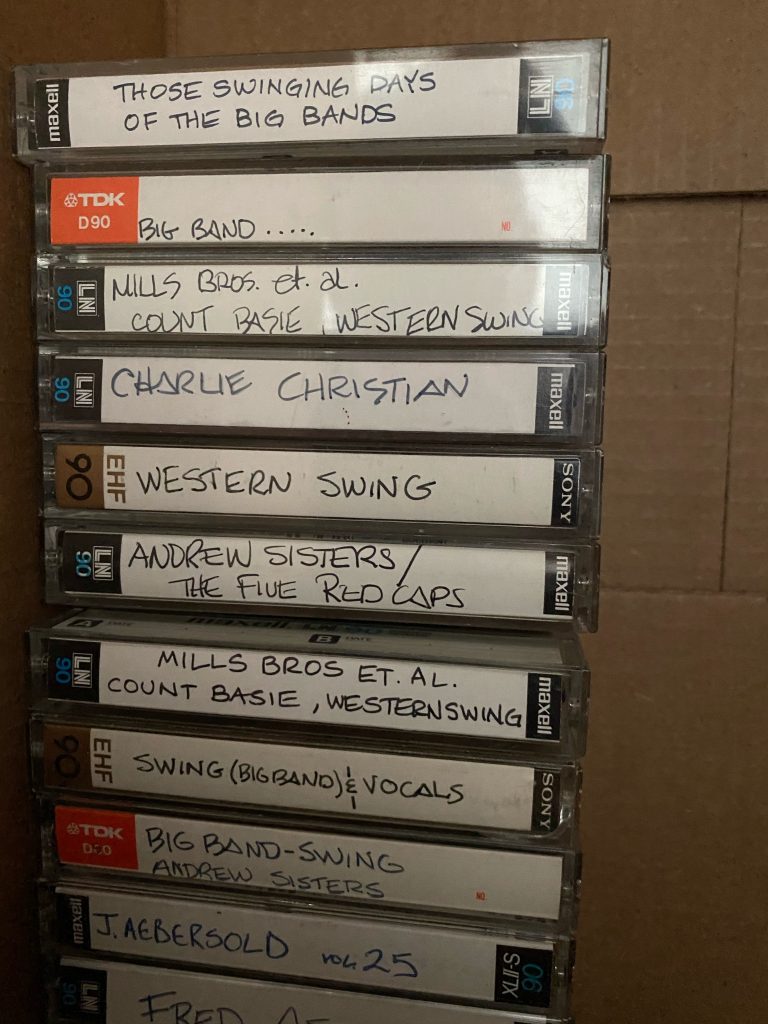 This picture of the original music tapes in the early BR stores came in from former BR executive John Mavrakis, who writes: “Patricia had one of our employees create music cassettes to be played during store hours.  As we began to grow our store base, it was no longer practical to go this route.  As such I partnered with a large music company to create special tapes for the stores. Once that system was in place, I collected the tapes from both the Mill Valley and Polk Street stores and had them in my office.  When I left BR, the tapes came with me.”

This is incredibly exciting to see. People ask me all the time about the music that was played in the stores. It’s a collection of Big Band, Swing, and other World War II era music such as the Andrews Sisters, Count Basie, Charlie Christian and the Mills Bros. In the book Wild Company Patricia mentions Cole Porter music sung by Ella Fitzgerald as well. The only identifiable album noted on the tapes is the 1973 three record collection “Those Swingin’ Days Of The Big Bands!”.