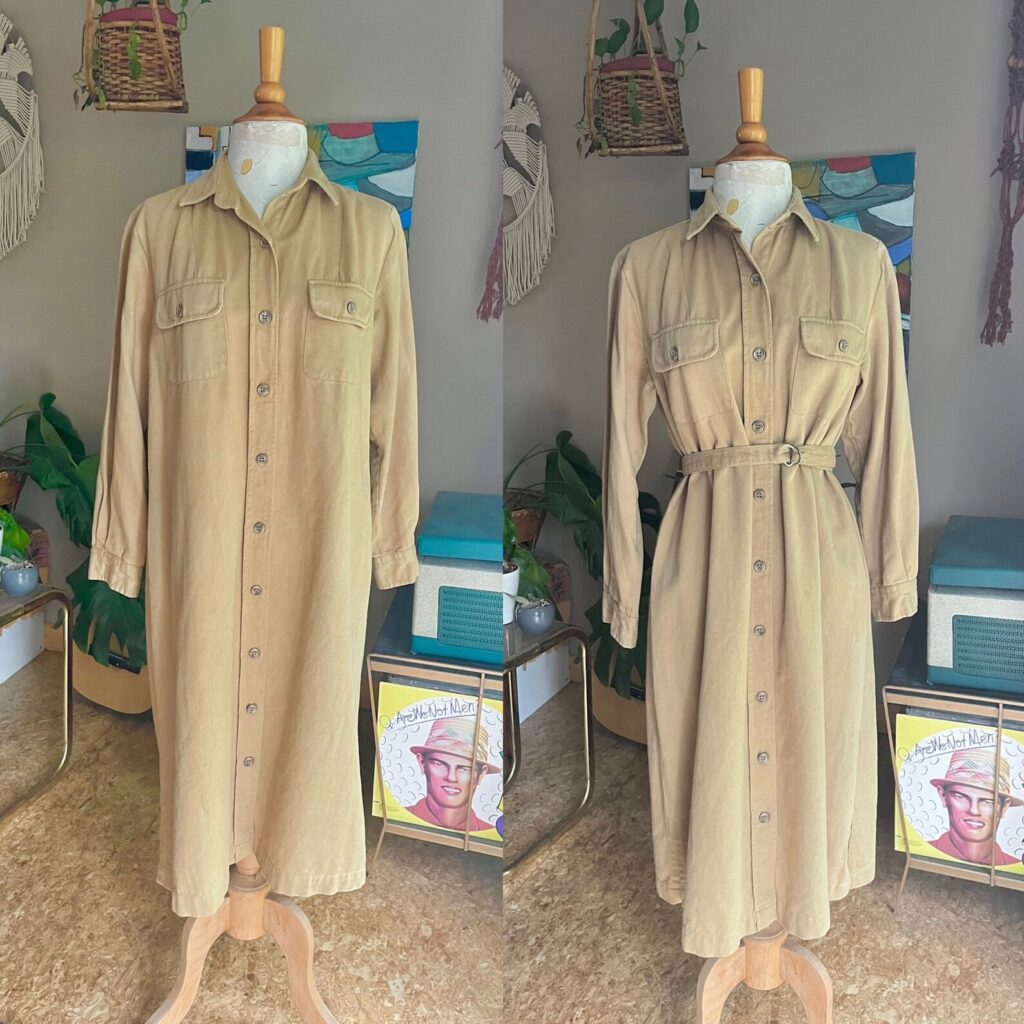 Over the years we’ve seen a few knock-off items labeled as Banana Republic but clearly NOT Banana Republic. But little has been known about the origins of these items. Here at last, we have a little evidence to go on for at least one source of piracy. This safari-style cotton twill dress was sold on Etsy in June 2022.

The label on the dress says Banana Republic and is within a wedge shaped rectangle. At first glance it looks a little like the Diamond tag which was in use from 1983-84 on certain items made in an Indian factory, such as the Bombay Shirt and Shirt Dress and the Ventilated T-Shirt. But the text treatment is all wrong, it’s a modern 80s looking font, not the famous Primo Angeli typography for BR.

The clue to it’s origins is the manufacturer’s tag with an RN number of 34216. This is the same RN number that is found on diamond-tagged BR items! The number is registered to INDIA GARMENTS INC. We know that the Bombay Shirt and a few other items were produced for the Zieglers by a private label manufacturer prior to the Gap purchase. My conclusion is that this Safari Dress was produced without BR’s knowledge by their own contractor either during or after they were producing for BR.

Below: A diamond-tagged Bombay shirt showing the 34216 number.