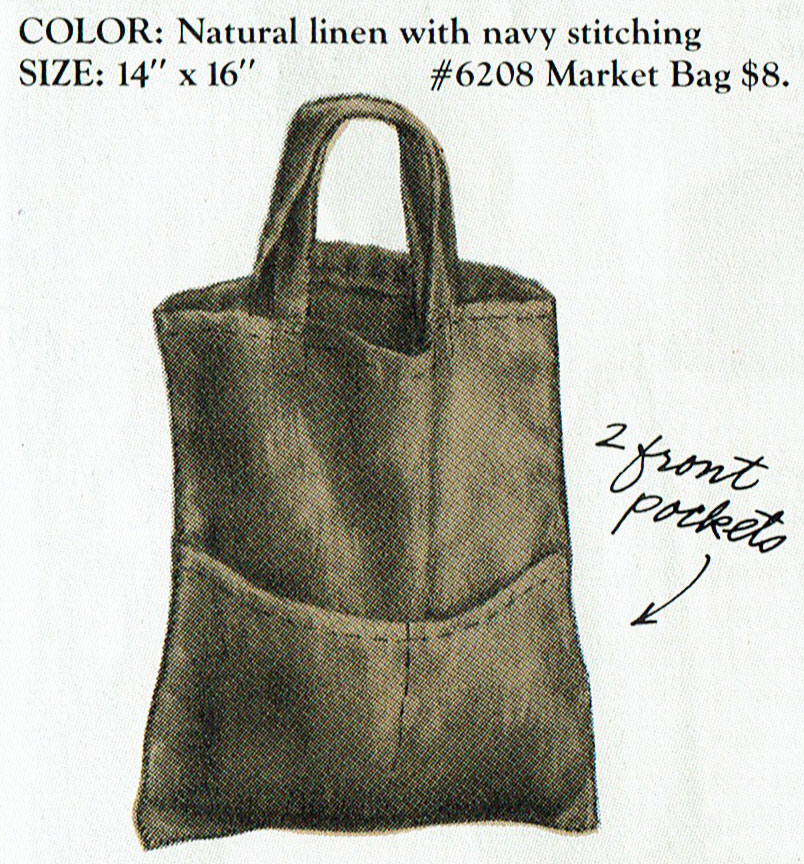 The bag was seen in the Summer 1983 catalogue, with a very unusual source: “British Linen Market Bag-Crafted By Authentic Felons: Made by genuine thieves, thugs, perverts, swindlers, pickpockets. Her Majesty recently put some of the knaves in her prisons to work sewing this classic market bag for little old ladies throughout Great Britain. With our eyes and ears prowling for unconventional new sources, we simply couldn’t resist. And it ain’t a bloody bad bag at that: Each is hand stitched. Who knows, you might even get the one sewn by the bloke who slipped into the Queen’s bedroom.”

The bag in the photos was owned by John Mavrakis, who was hired as Banana Republic’s first District Manager and went on to be Vice-President of Retail. The bag bears a Coat of Bananas logo, which it does not have in the catalog. The logo appears to be slightly off-center. We don’t know for sure, but suspect this was either a test sample or possibly an employee giveaway. Patrica Ziegler does not recall, but says it’s possible they stamped a small number with the logo before acquiring a large enough supply of the bag to sell in the catalog.

Either way, this is an exciting find! Thank you, John!