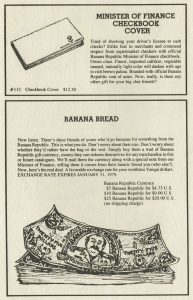 One of the surprises I came across in Catalogue #1 was the Minister of Finance Checkbook Cover, which is a concept that would be revisited in the 1985-87 catalogs and is one of my favorite accessories BR ever produced.

We don’t know what the original looked like exactly, though the drawing does tell us the insignia of the Minister of Finance was in the lower right corner rather than the middle. It did not come with the wonderful pen that the later model had. 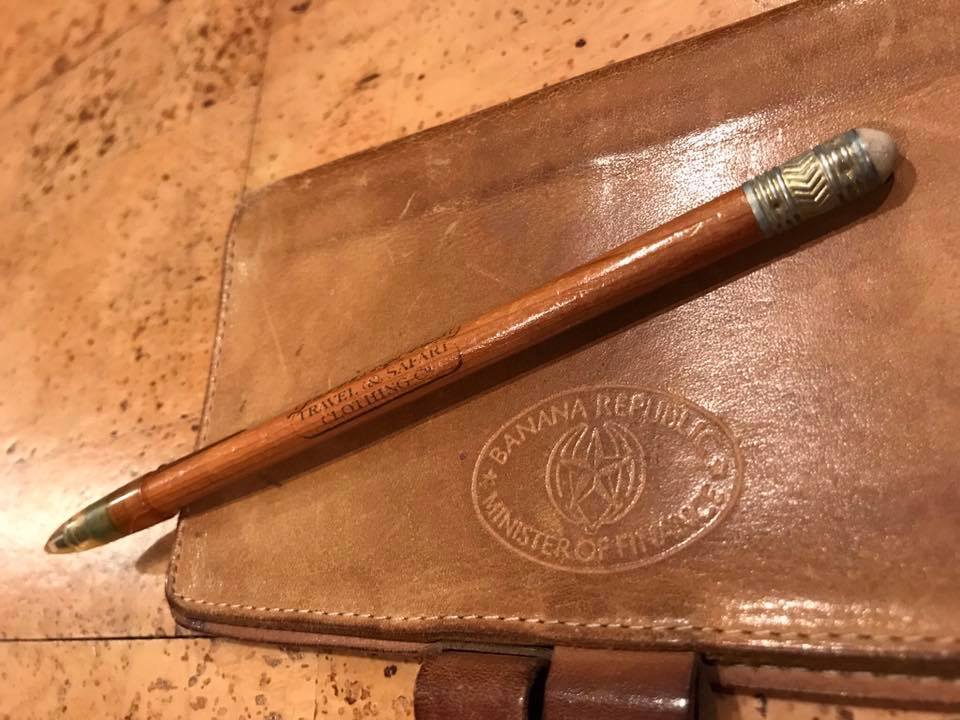 The above photo is from my collection and the leather has been conditioned from handling. A mint condition never used cover came up on eBay recently and the leather is lighter and matches the catalog painting. 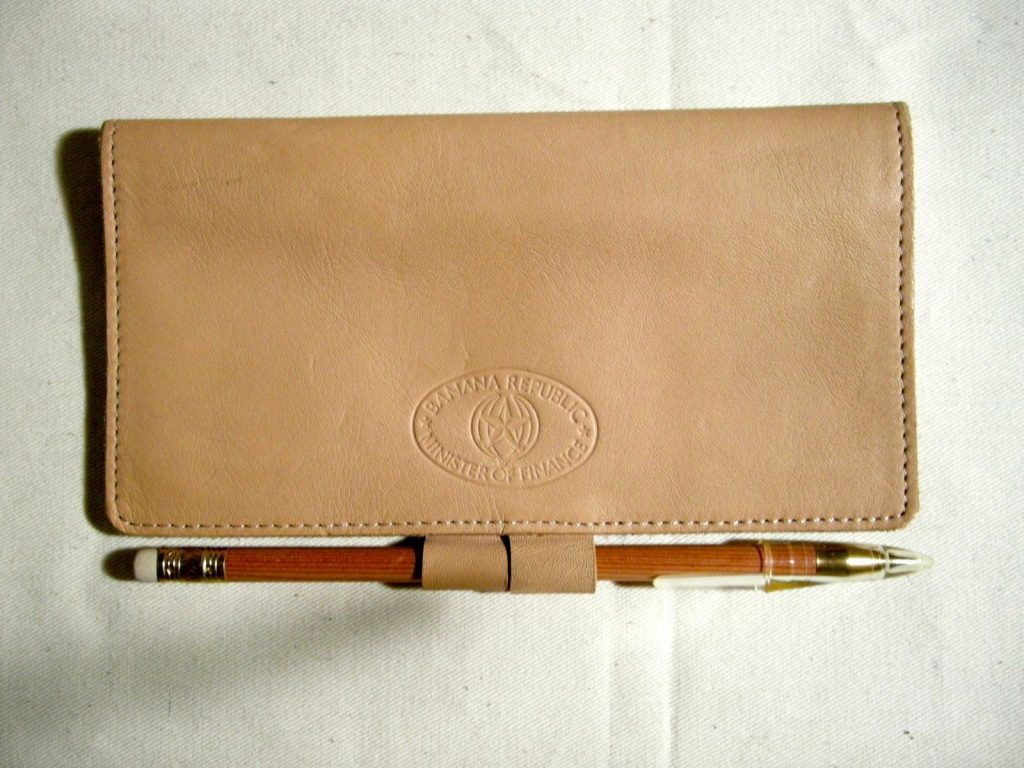 The Minister of Finance was one of the favorite characters and he appeared in the brand across the years. It was one of the four diplomatic corps shirts and he showed up to berate slacking catalog subscribers as seen on this Summer 1987 catalog reminder cover. 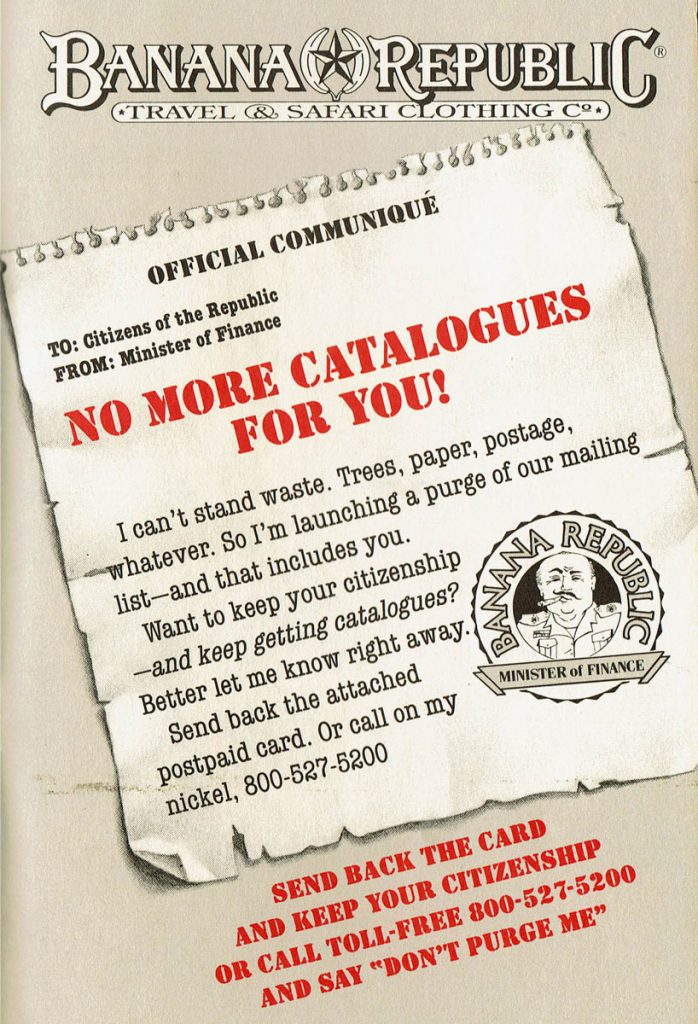 The Republic on eBay