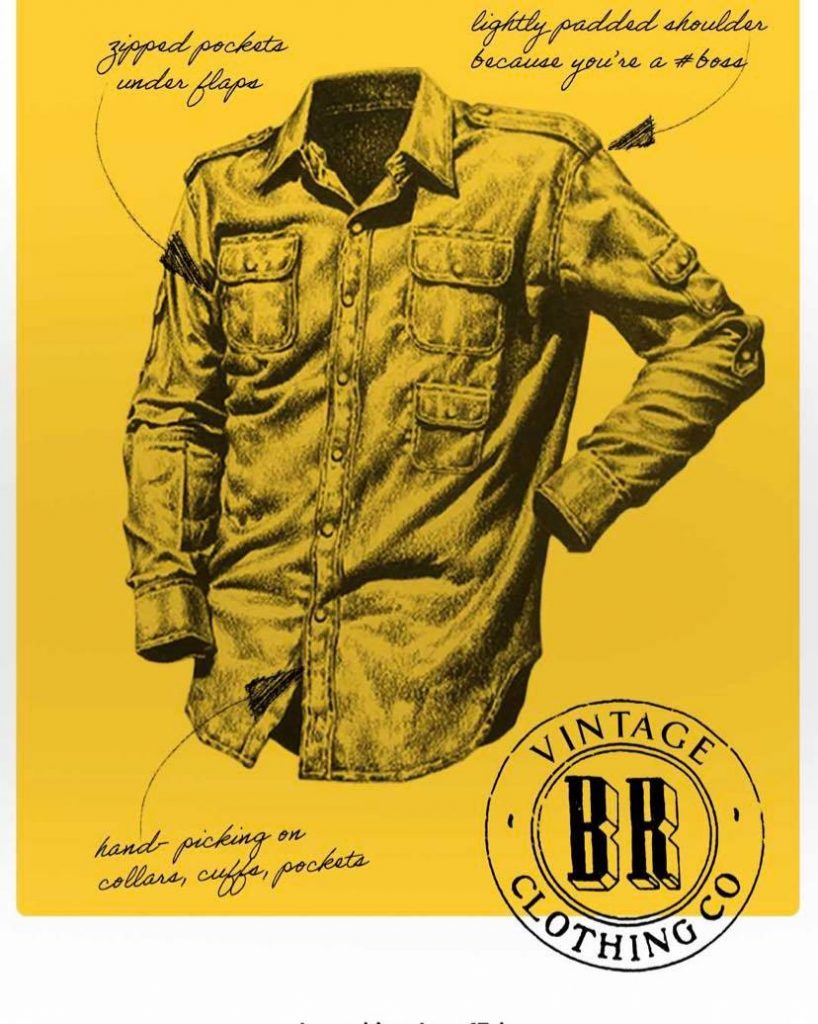 ON June 17th, 2021 Banana Republic launched “BR Vintage”, selling actual vintage BR clothing from the 1980s and 1990s. A most unusual development, they selected items from the same sources we collectors do: eBay, Etsy, Poshmark, etc and resold them on their website at astonishing markups. A Hooded Bush Vest for $175, a Bombay Shirt for $119, worn T-Shirts for $80, Women’s Traveling Boots for $229, used Israeli Paratrooper Briefcase for $229 and leather jackets for $500. Everything sold out nearly instantly. The website said it’s a “limited time capsule” and I view it mainly as a marketing campaign to activate nostalgia and emphasize their origins. I don’t expect them to take over the vintage market, though I do worry a bit these prices will affect what sellers ask for vintage items.

From High Snobiety: “Deeply inspired by Banana Republic’s timelessly out-of-time catalogues, Andjelic and a team of “purveyors” went through the archives to select 225 unique vintage pieces from the ’80s, ’90s, and early ’00s. Ranging from classic hunting jackets to graphic tees and caps, the BR Vintage selection is indicative of the worldly ethos that inspired Banana Republic’s founding.
“Banana Republic was created as an imaginary territory on par with Narnia, Middle Earth, or Wakanda,” Andjelic said. “Our archives are this chest of curiosities that takes us to another imaginary world … a caravan route in a desert, an abandoned campsite, a forgotten forest. We wanted to deliver the modern customer this imaginary world that started it all with a resolutely modern vibe. Some stuff in our vintage store is so camp that it’s cool and other is timeless streetwear.””

From GQ: “And now, the mall stalwart Banana Republic is undergoing its own transformation—a process that begins in earnest Thursday, with the launch of BR Vintage, featuring 225 vintage products from the brand’s ’80s and ’90s golden period. The idea, Ana Andjelic, who joined the brand just four months ago as chief brand officer, is that even if Banana Republic seems a little staid now, it used to be pretty cool. “If any brand dropped this today, it would be super modern,” she said in a Zoom call earlier this week. “It’s better than anything Banana Republic has done in the past ten years. It’s before the Mickey Drexler metrosexual phase,” she said, referring to the retailer who led Banana-owner Gap in the 1990s before taking off to overhaul J.Crew.

Andjelic said in part they were inspired by the response that the brand’s early history elicited on Instagram: “Everytime you post something on Instagram—like a catalogue or a sketch of the old clothes—people go nuts. It’s literally the fabric of these people’s lives.” Still, while vintage brands are all over the platform—is there any brand in American fashion whose early 90s campaign and catalogue images Instagram users haven’t dug up to celebrate?—Banana Republic’s bygone luster is less well-known than that of, say, old Ralph or J.Crew. You have to wonder if that might actually help the turnaround: since there’s some real novelty to the idea of “vintage Banana Republic,” the company avoids looking like it’s just responding to secondhand market pressures. (Although, Andjelic told me, “Our stuff on Depop is, like, lit.”)