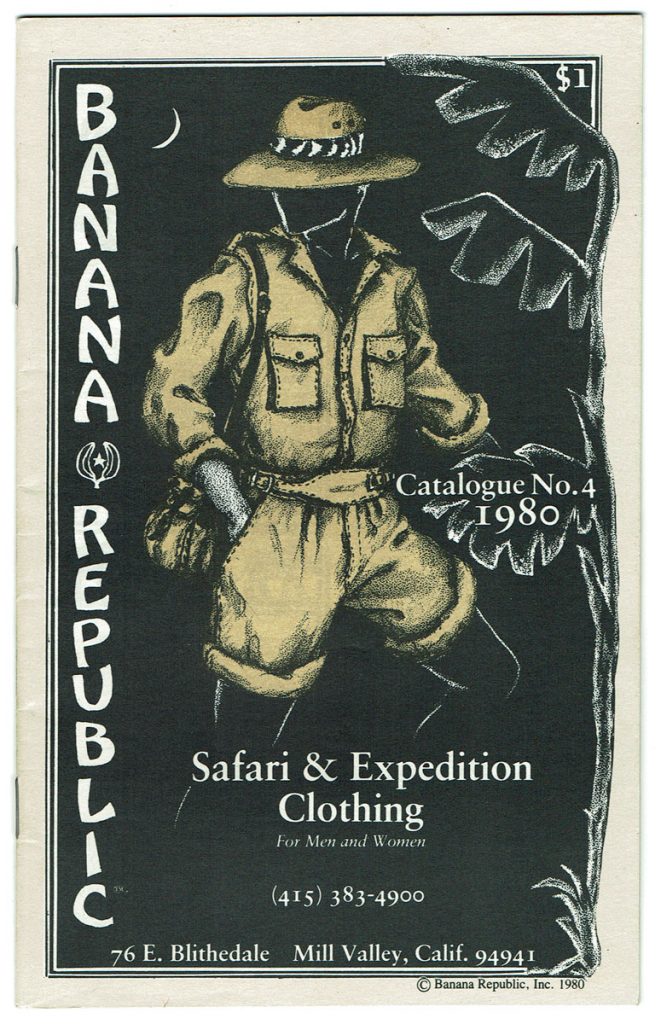 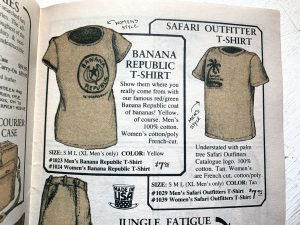 Another very early catalog that gives us a glimpse at the workings of a small but growing company called Banana Republic. My favorite pieces are the Banana Republic silk-screened logo t-shirts which are advertised as being yellow! I’d love to see one in person sometime, but it’s doubtful many survived. Note also the All-Night flightsuit, clearly one of Patricia Ziegler’s favorites, a few versions of which was featured for years in the catalog.

Of special note is the cover which has the rare suggestion of a figure in the clothes rather than the headless models we are used to. I imagine at some point there was a decision made about how to represent the clothing, there are some early catalogs that have rough figures sketched into them. The cover on this is bold in design and is one of my favorites of the early batch.