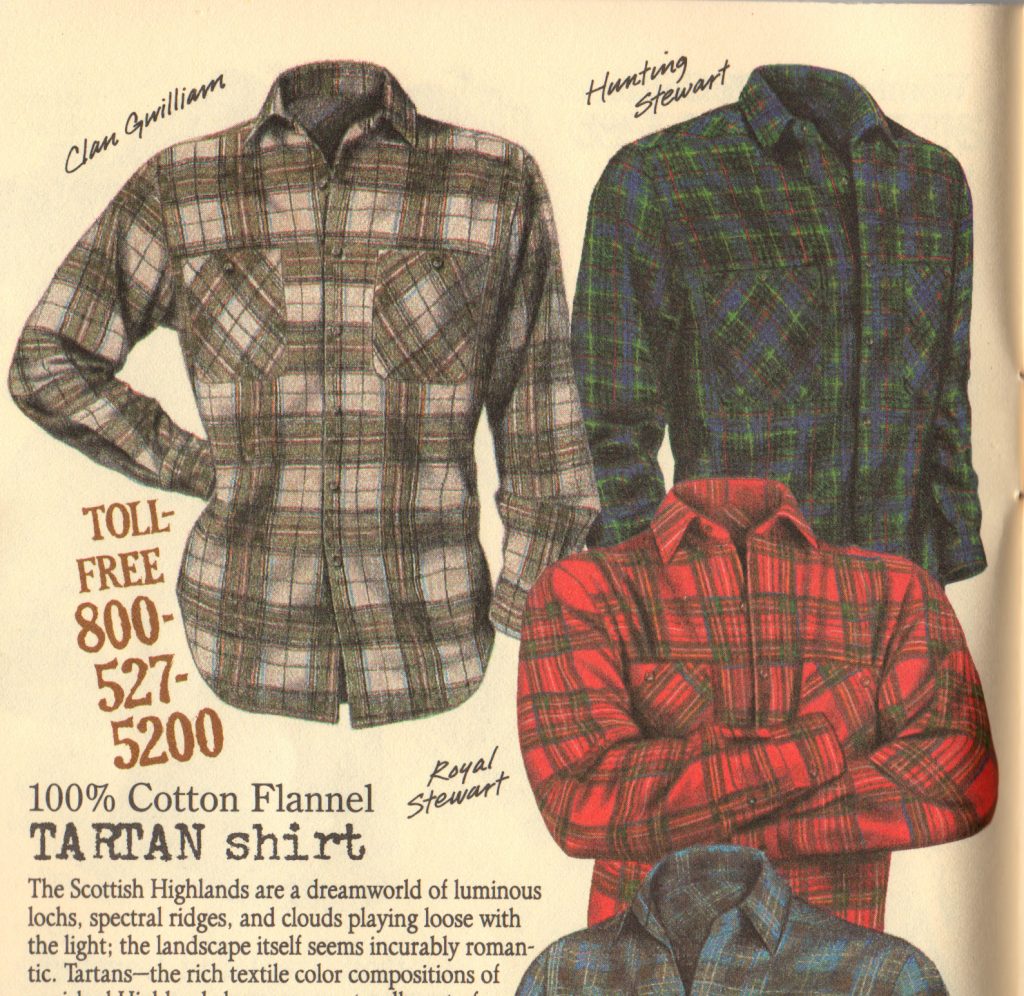 From the Holiday 1986 catalogue: “The Scottish Highlands are a dreamworld of luminous lochs, special ridges, and clouds playing loose with the light; the landscape itself seem incurably romantic. Tartans–the rich textile color compositions of vanished Highland clans–grew naturally out of this place, like the mosses and berries first used to dye them. ROmantics ourselves, we’ve reproduced–with some minor variations–a couple of classic clan setts, plus two more with modern originas. While ours weren’t woven by Highland women (it’s been two centuries since the lassies left their looms), they’re made with a Scottish sense of integrity and economy; for example, we’ve taken care that the stripe patterns match up at the seams, which are flat-felled and reinforced. As for the brushed cotton flannel fabric, it’s as soothing as a wee dram by the fire.”

The name of this pattern below (eBay photo) is Clan Gwilliam, which is Patricia Ziegler’s maiden name (her mother Rose contributed a great deal to Banana Republic originally as a seamstress and later assisting with store decorations).