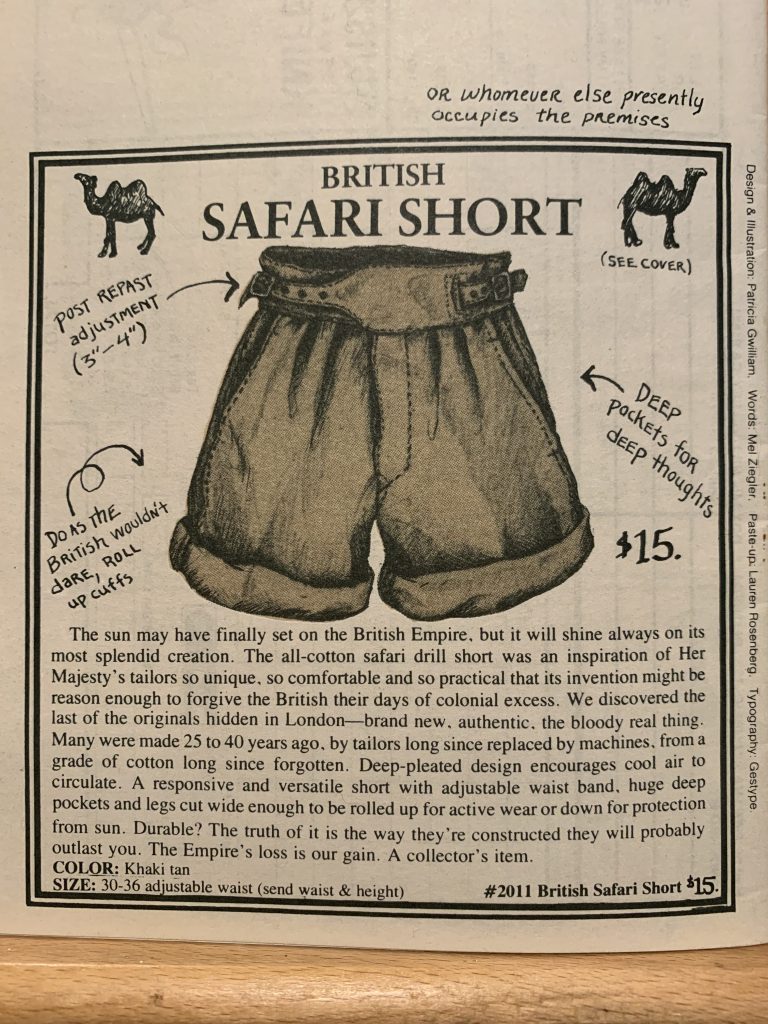 Gurkha Shorts originally were called British Safari Shorts when they were authentic surplus items. When they were mass produced they were renamed Gurkha Shorts and were sold for most of the run of the safari catalogues and even into the post-Ziegler 1989-90 era.

From the 1985 catalogue: “The year was 1814. A young British lieutenant led his Indian national troops against Nepal. Border troubles. In one skirmish, the fierce Nepalese so frightened the lieutenant’s troops that his soldiers turned and fled the battlefield. But not the young officer. He stood ground. The Nepalese captured him, asking, “Why didn’t you run, too?” Replied the lieutenant, “I have not come so far in order to run away.” The awed Nepalese said, “We could serve under an officer like you,” and thus Britain inherited the famed Gurkhas. It was specifically for them that Britain designed the classic, famed safari shorts with their deep-pleated design, adjustable waist, huge deep pockets and wide leg.”