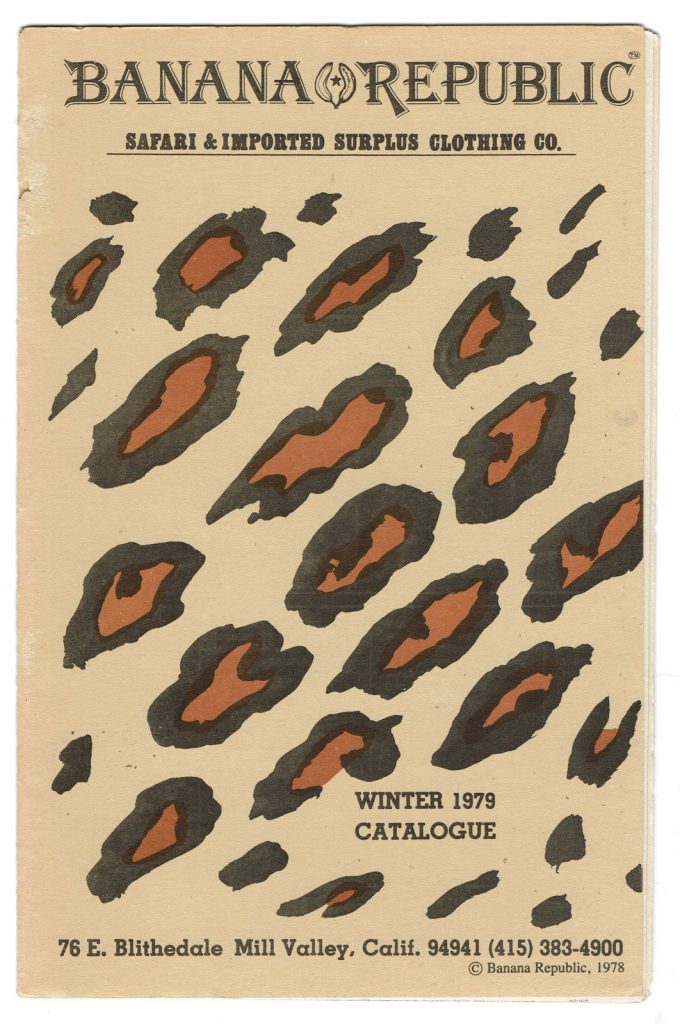 The first Banana Republic catalog is labeled Winter 1979 and would have come out at the same time or just after the Mill Valley store opened on the Friday after Thanksgiving in 1978. Catalogue #1 sets the Banana Republic story in motion and begins crafting the legend immediately. There is an interior page that illustrates the Banana Republic formula in a cartoon drawn by Patricia Gwilliam (Ziegler). It tells the basic tale of searching for surplus gems, importing mounds of musty uniforms and modifying the product into fashion with a legion of dedicated local seamstresses.

Inside, the third page has a Behind The Scenes interview with Patricia asking “What prompted this madness?”. She says “I like bush, safari-style clothes, and I have a lot of friends who are writers, artists, actors, musicians, filmakers and designers who won’t wear anything but. In fact, all kinds of healthy, imaginative, outdoorsy people like safari clothes.” 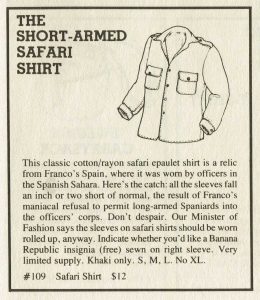 The most oft-told story from the founding of Banana Republic are the Short-Armed Safari Shirts, which the Zieglers had bought in large supply only to discover they were such a bargain because of their absurdly short long sleeves. Turning calamity into opportunity, Mel invents a charming story around the error and transforms it into branding! It is the very essence of the genius that was Banana Republic in the early days. Franco, the Spanish Dictator, was a frequent figure in BR lore thanks to his colorful personality and lots of available surplus from the Spanish army. 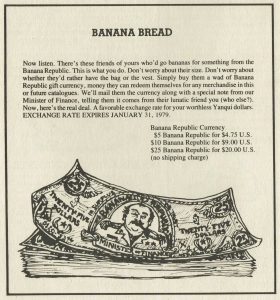 With the company name in place we see the beginnings of the fabled republic in this catalog, including the notorious Minister of Finance as illustrated on the Banana Bread gift certificates (oh, how I would love to add one to my collection!). Interestingly, there is a Minister of Finance Checkbook cover for sale at the end of the catalogue, which is an item that was offered again from 1985-1987!

Note also the experiment in selling coffee, which really makes a lot of sense for the discriminating audience or worldly cafe travelers. The source is perfectly Bay Area, as Graffeo coffee is based in North Beach, San Francisco, and has been since the 1930s. This was before coffee culture really took off, and in some ways echoes the Zeigler’s later career with the Republic of Tea.

As to the clothing itself, we really have no idea what any of the product really looked like because the illustrations are very basic and so much time has gone by. This stuff never seems to appear on the secondary market in any form that’s recognizable. We don’t know exactly what the tags or labels in the garments looked like or even if they had them.  See our tag label guide. We are not sure if any of the known tags preceded the GAP purchase in 1983 and thus have no way of even identifying a pre-1983 BR garment. Were there indeed tags that said “Re-Made in the Banana Republic” as the cartoon tells us? 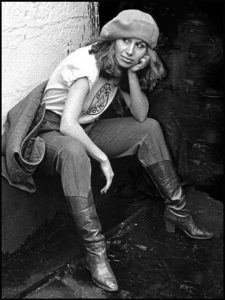 From the Wild Company Facebook page we have two artifacts to provide some clues as to how things looked. A photograph of Patricia in one of the early t-shirts, and a photo of the embroidered patch of the early Stars and Bananas crest which was affixed to the bags advertised in the catalogue. The logo is so much more hand drawn and quirky than the logo from  the Gap era.

This post also includes the 4-page 1979 Spring Update, beginning the tradition of catalogue updates that would continue through the run.  The update presents the clothing in one densely packed double page spread with an order form on the front cover and then sings the praises of surplus military clothing as a boon for the taxpayer on the back cover. It feels as if the update was printed backwards.


Notice: Function WP_Scripts::localize was called incorrectly. The $l10n parameter must be an array. To pass arbitrary data to scripts, use the wp_add_inline_script() function instead. Please see Debugging in WordPress for more information. (This message was added in version 5.7.0.) in /home/secret43/public_html/banana/wp-includes/functions.php on line 5831

Notice: Function WP_Scripts::localize was called incorrectly. The $l10n parameter must be an array. To pass arbitrary data to scripts, use the wp_add_inline_script() function instead. Please see Debugging in WordPress for more information. (This message was added in version 5.7.0.) in /home/secret43/public_html/banana/wp-includes/functions.php on line 5831

Notice: Function WP_Scripts::localize was called incorrectly. The $l10n parameter must be an array. To pass arbitrary data to scripts, use the wp_add_inline_script() function instead. Please see Debugging in WordPress for more information. (This message was added in version 5.7.0.) in /home/secret43/public_html/banana/wp-includes/functions.php on line 5831 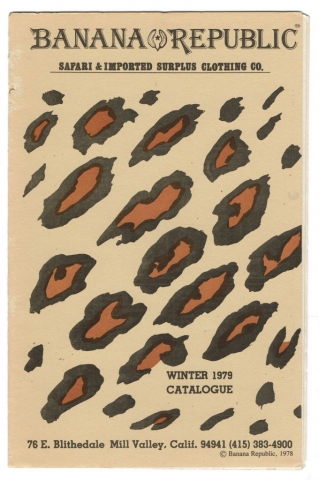 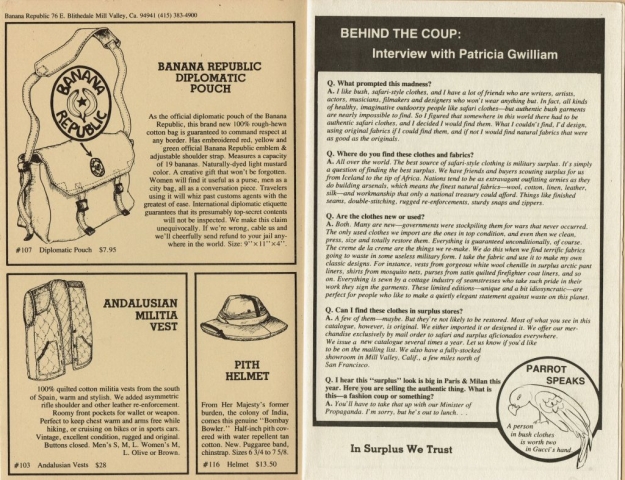 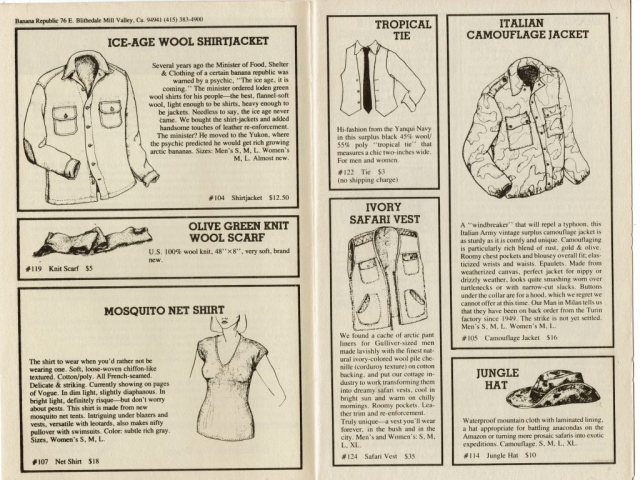 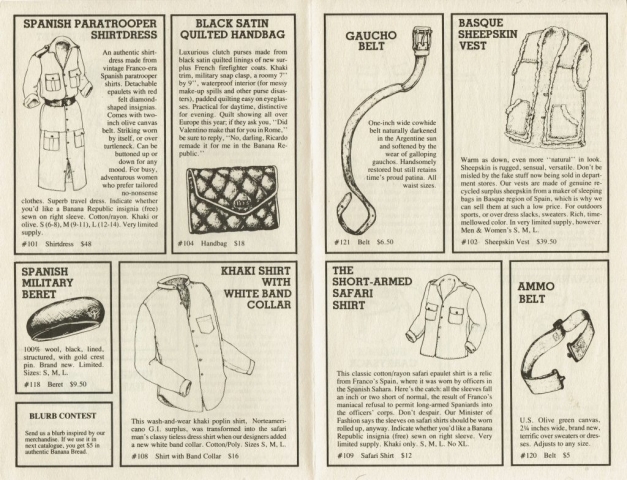 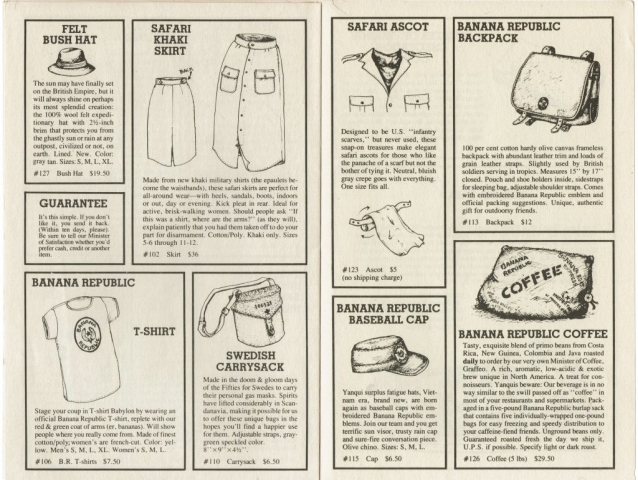 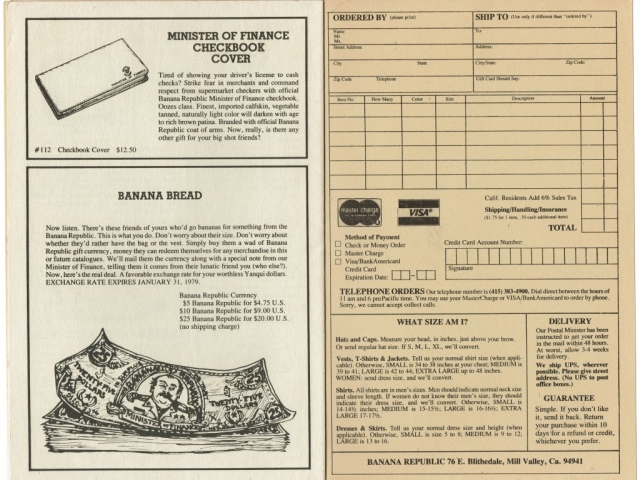 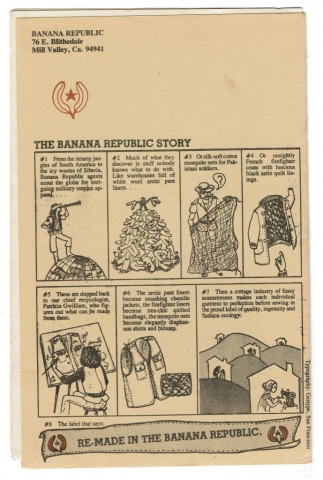 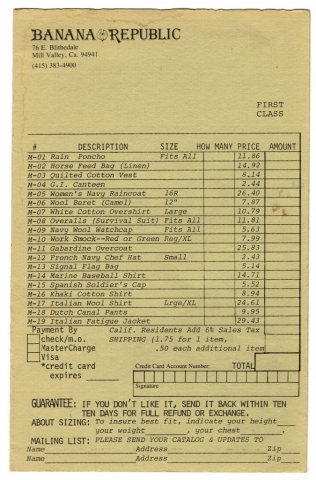 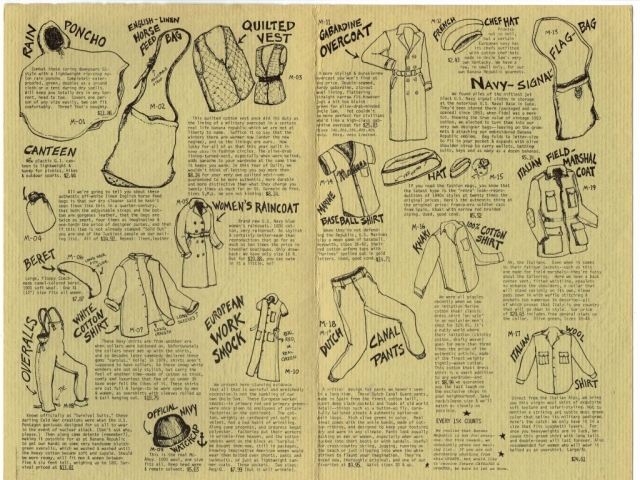 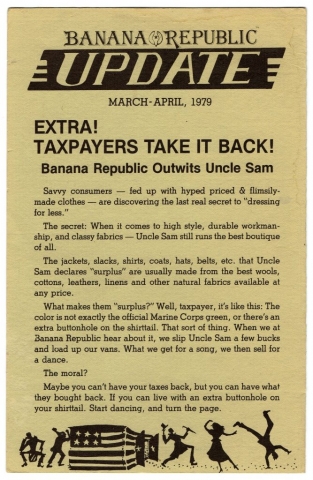