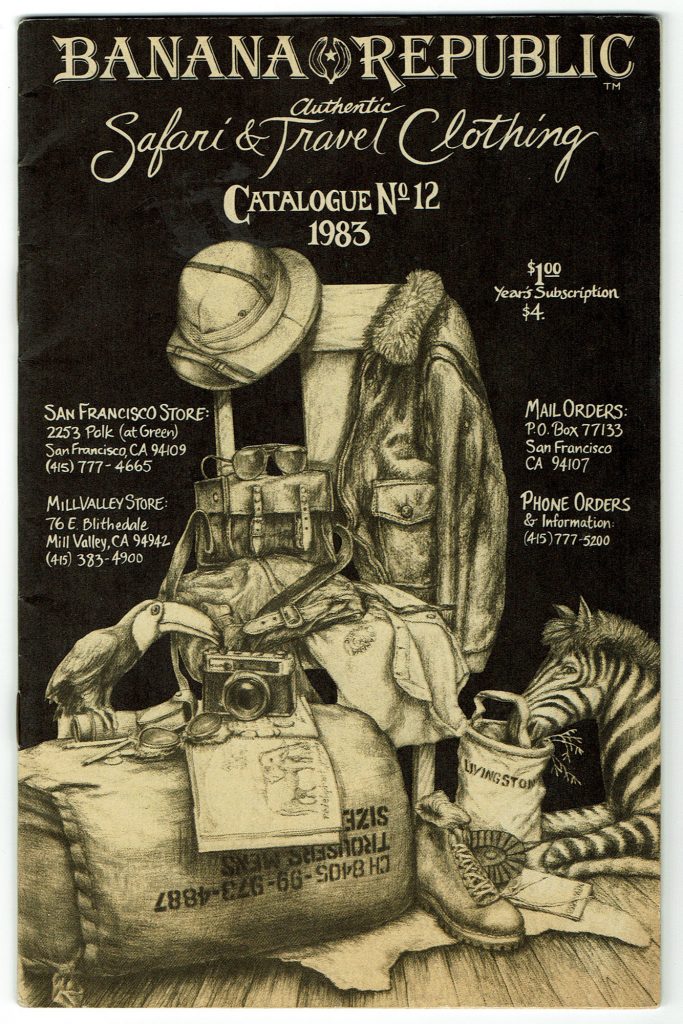 The timing of this catalogue is a bit of a mystery, because there was a Christmas gift catalog (AND UPDATE) at the end of 1982 AND a Spring 1983 Catalog. #13. So is #12 an additional holiday catalog?? Or another Spring Catalog? It simply doesn’t say.

The content is similar, but changing, and the #12 catalog was a slightly richer feel, with more extensive use of duo-tone colors. The style of the early catalogs continues to progress and this feels like more professionally produced catalog.

This was just after Kevin Sarrki had been hired to take over the artwork from Patricia Ziegler and the quality of the rendering is an upgrade from previous offerings. The cover is magnificent, with a still life that includes a toucan and Livingstone the Zebra mascot. The bale of surplus pants reminds me of Kevin describing working next to a large pile of surplus Gurkha pants in the BR warehouse. Patricia liked this artwork enough to hang it in her office!

I think it’s interesting that they experimented with a script style of the “Safari & Travel Clothing” subheading. This was just before the GAP purchase when they brought in a superstar graphic designer to do the masthead and logos (as well as all the other upgrades GAP money made possible to the catalogs and stores).

As with other early catalogs I am reluctant to scan entirely as I don’t want to damage the spine, so I am presenting some highlights of photographed pages..