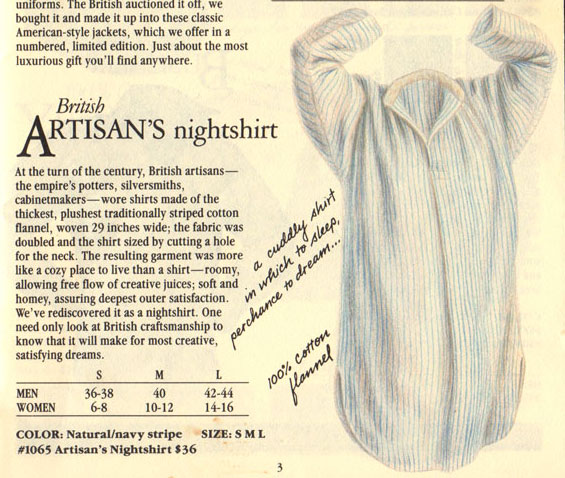 As advertised: “At the turn of the century, British artisans-the empire’s potters, silversmiths, cabinetmakers-wore shirts made of the thickest, plushest traditionally stripped cotton flannel, woven 29 inches wide; the fabric was doubled and the shirt sized by cutting a hole for the neck. The resulting garment was more like a cozy place to live than a shirt-roomy, allowing freedom of imagination; soft and homey, assuring deepest outer satisfaction. We’re rediscovered it as a nightshirt. One need only look at British craftsmanship to know that it will make for the most creative, satisfying dreams. ”

This blue variation came up on ebay in April 2021